In more photos shared by fan-clubs, Malaika was also spotted taking out badminton rackets from her car 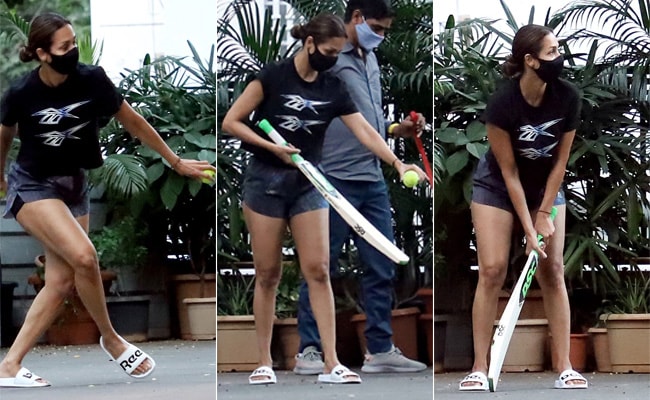 Malaika Arora is a super-cool mom. The 47-year-old actress, a bona-fide fitness enthusiast, was in the mood for some gully cricket and roped in her son Arhaan, who turned 18 this year. Malaika and Arhaan turned their residence compound into a cricket pitch and had quite a fun-filled session of cricket. The paparazzi captured glimpses of the mother-son duo playing cricket inside their residence and the photos are all over the Internet now, thanks to fan-clubs. Malaika, dressed in trendy athleisure, can be seen hitting big shots off Arhaan's bowling. However, Malaika and Arhaan were not alone in their game session - they were also joined by their furry friend, pet dog Casper. 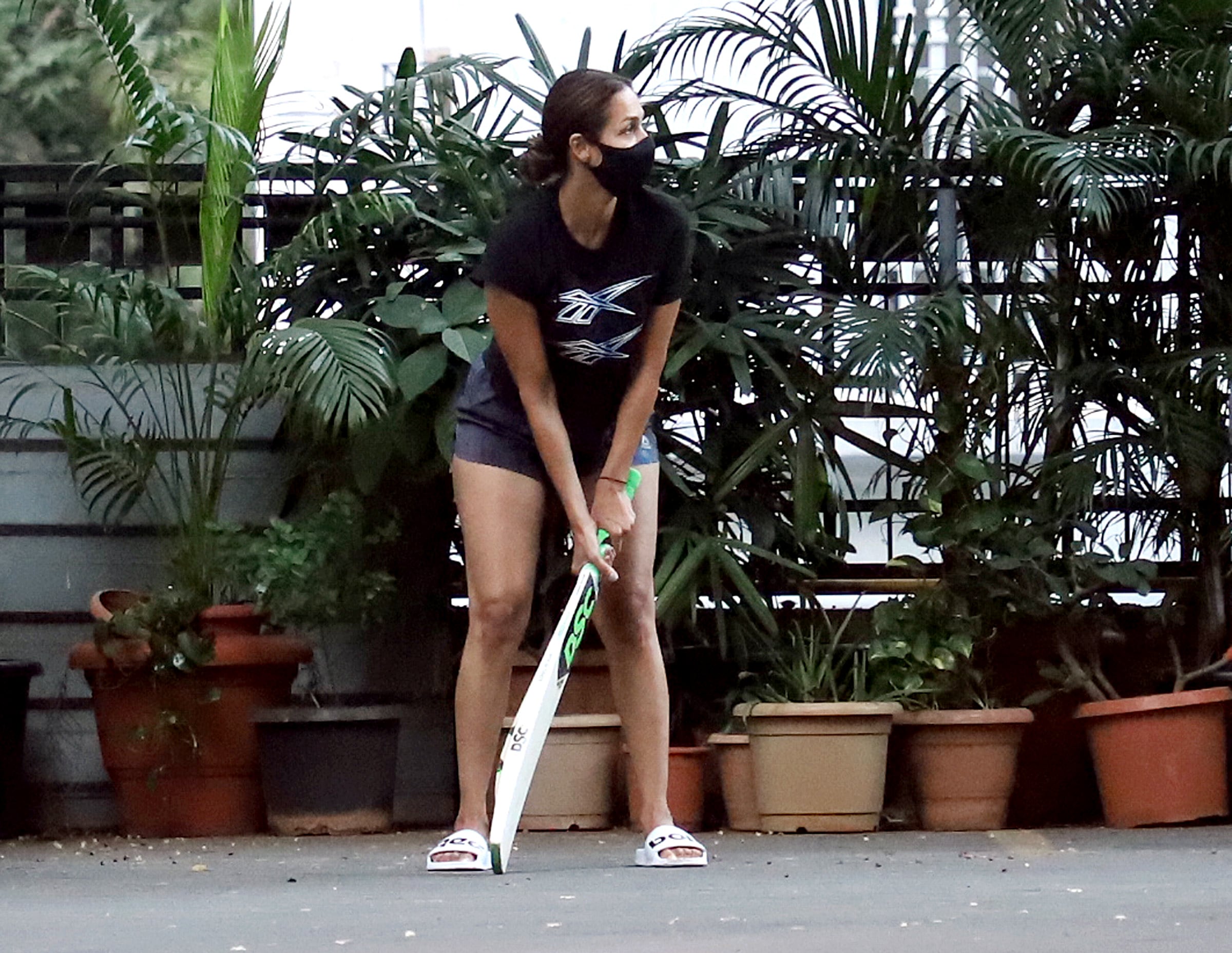 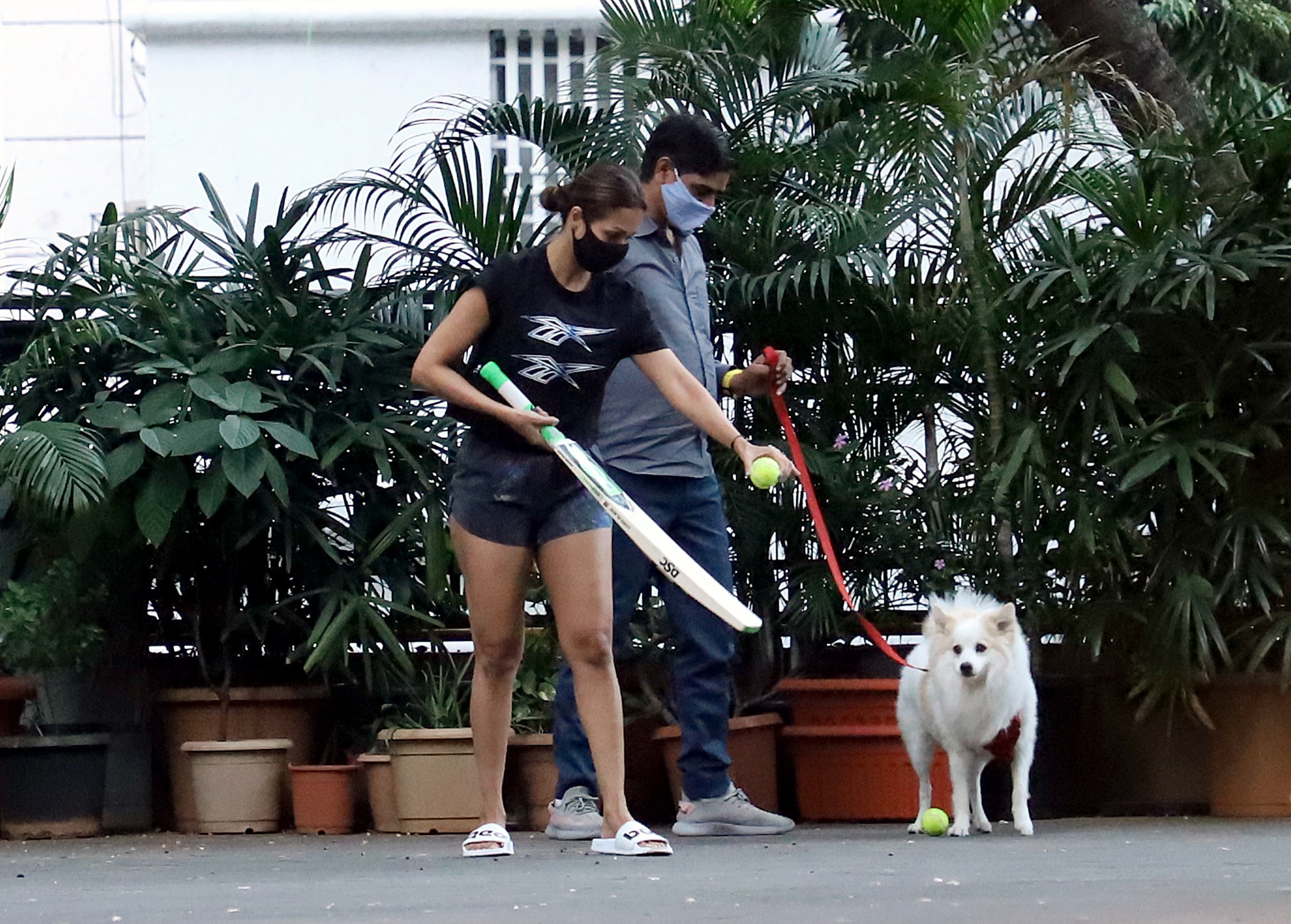 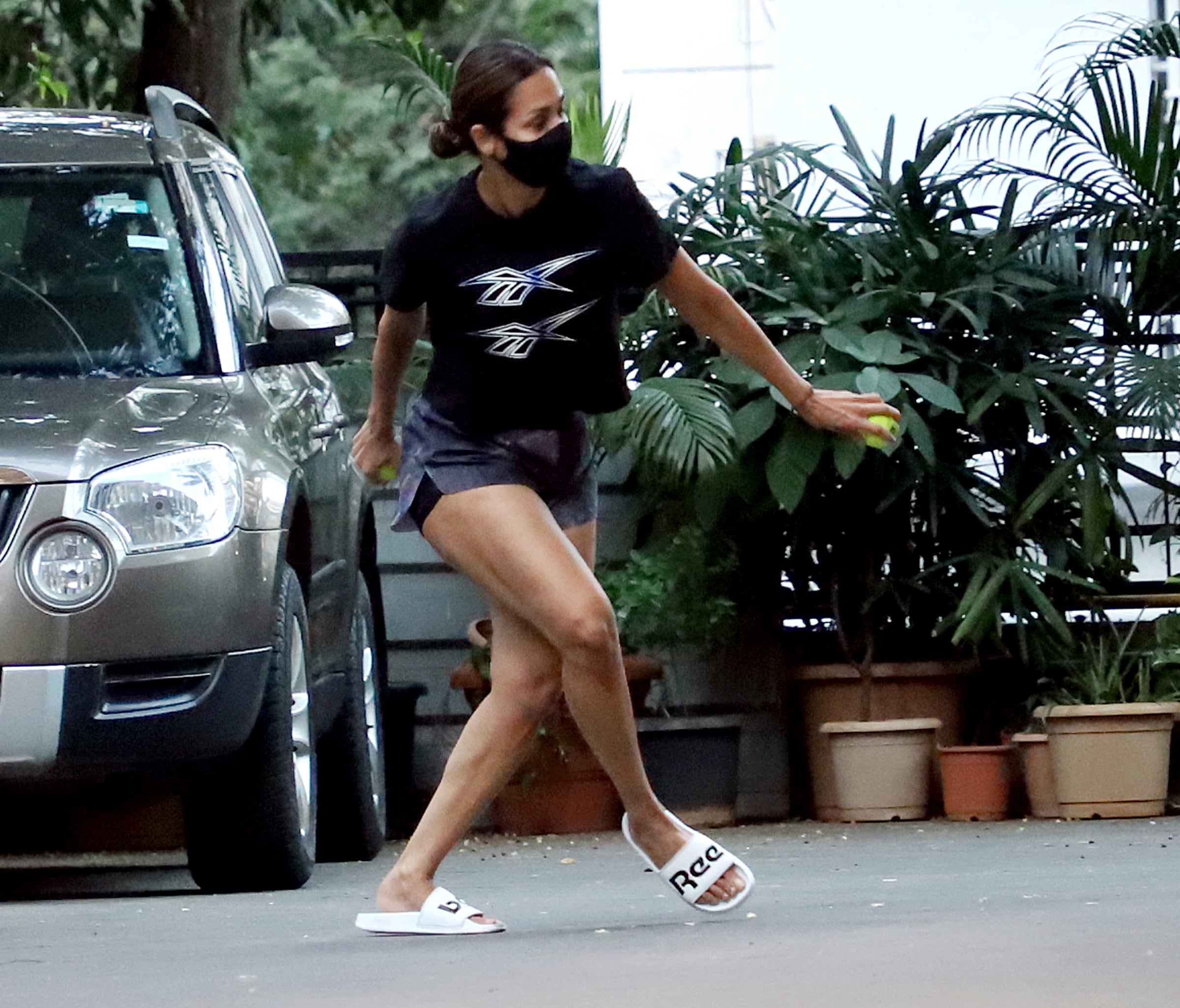 In more photos shared by fan-clubs, Malaika was also spotted taking out badminton rackets from her car. Looks like cricket was not the only sport on Malaika and Arhaan's itinerary.

Malaika Arora was recently in Dharamshala, Himachal Pradesh, where she was chilling with bestie Kareena Kapoor and boyfriend Arjun Kapoor. Saif Ali Khan and Arjun are in the hill station for the shooting schedule of their film Bhoot Police.

In terms of work, Malaika Arora currently features as one of the judges in the dance reality show India's Best Dancer, alongside choreographers Terence Lewis and Geeta Kapur. She's best known for her performances in songs such as Chaiya Chaiya, Munni Badnaam Hui, Anarkali Disco Chali and Hello Hello.