In the photos, Neil and Aishwarya can be seen twinning in pastel green traditional outfits 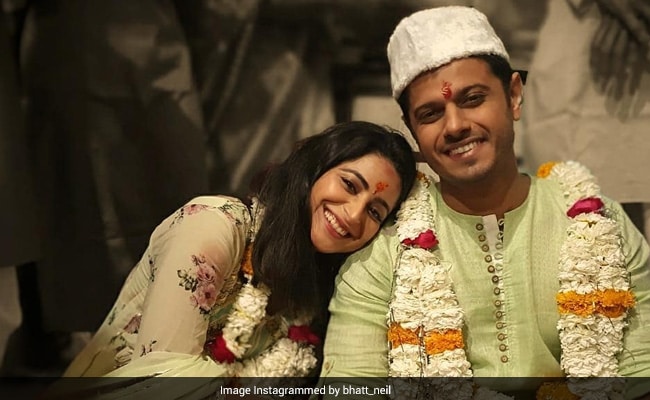 Actors Neil Bhatt and Aishwarya Sharma, who feature together on TV show Ghum Hai Kisikey Pyaar Mein, made their relationship official on Instagram by sharing pictures from their roka ceremony. The couple announced the good news on their respective Instagram handles on Wednesday and pictures from the celebrations have gone crazy viral on social media. In the photos, Neil and Aishwarya can be seen twinning in pastel green traditional outfits. While Aishwarya looked beautiful in a sharara, Neil complimented her in a kurta pyjama. Sharing the pictures, Neil wrote: "From the madness, to the fun, and all the love that bloomed, for lifetime we became one. #roka."

Neil Bhatt and Aishwarya Sharma reportedly met for the first time on the sets of their show Ghum Hai Kisikey Pyaar Mein, where they fell in love with each other. In the serial, which airs on Star Plus, Neil plays the role of Virat while Aishwarya portrays Pakhi's character.

The couple often post pictures with their co-stars from the sets of their show on social media. We have picked a few for you. Take a look:

Aishwarya has also featured in the soap opera Meri Durga.

Kapil Will Take A "Short Break" From The Kapil Sharma Show. Because, "Second Baby"