The inside pictures from Mona Singh's pre-wedding functions were shared by her close friends Gaurav Gera, Ashish Kapoor and Micckie Dudaaney One of the pictures feature Mona Singh showing her mehendi-decorated hands to the camera and it wouldn't be wrong to say that her floral jewellery made her look extra special. 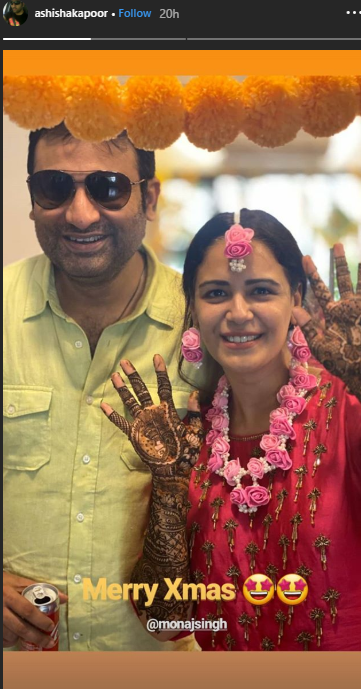 It was earlier reported that Mona Singh, who has reportedly been dating South Indian investment banker Shyam, will get married on December 27. A source close to the development had told Bombay Times: "Mona doesn't want any undue attention on her big day. Only those extremely close to her have been invited to the wedding. A pre-wedding party will be hosted on December 26."