This Is When Actress Mona Singh Will Get Married

"A pre-wedding party will be hosted on December 26," revealed a source 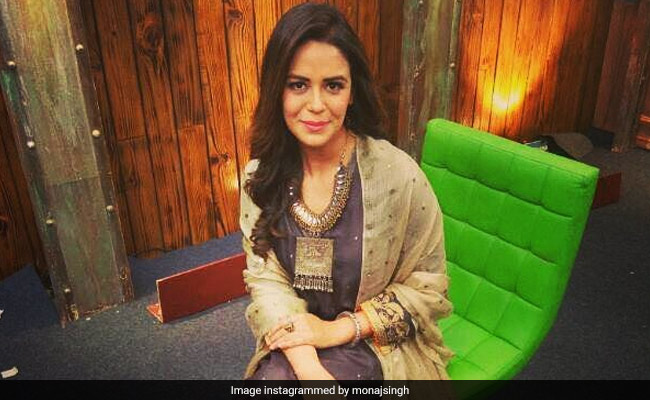 Mona Singh, who is best known for her performance in TV show Jassi Jaissi Koi Nahin, will reportedly marry her South Indian investment banker boyfriend on December 27, stated a report in Bombay Times. The actress, who prefers to keep her personal life under wraps, will reportedly get married in a close-knit affair with only a handful of her "close" friends from the Industry on the guest list, reported the publication. A source close to the development told Bombay Times: "Mona doesn't want any undue attention on her big day. Only those extremely close to her have been invited to the wedding. A pre-wedding party will be hosted on December 26." Reports of Mona Singh's wedding have left her fans, as well as us super excited.

Like we mentioned above, Mona Singh prefers to stay away from social media to "guard her personal life." The 38-year-old actress made her debut in acting with TV soap Jassi Jaissi Koi Nahin, which aired from 2003-2006. After that, she went on to feature in shows like Radhaa Ki Betiyaan Kuch Kar Dikhayengi, Kya Huaa Tera Vaada, Itna Karo Na Mujhe Pyaar, Pyaar Ko Ho Jaane Do, Kavach...Kaali Shaktiyon Se and dance reality show Jhalak Dikhhla Jaa Season 1 to name a few.

Mona Singh has also featured in a number of films such as 3 Idiots,Utt Pataang, Amavas. She will next be seen in Aamir Khan and Kareena Kapoor's Laal Singh Chaddha. Other than this, the actress has also starred in web-series, including Ekta Kapoor's M.O.M. - Mission Over Mars and Yeh Meri Family.