Trending: Amala Paul On How She Filmed The Nude Scene In Aadai

The teaser of - which features the nude scene - of the Tamil-language Aadai went crazy viral last month. 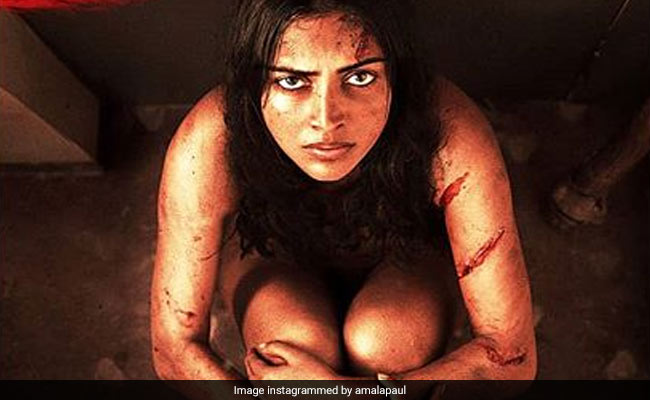 South star Amala Paul has spoken about filming a nude scene in her new film Aadai and how she once considered quitting her acting career in an interview with The Hindu. Amala, 27, revealed that director Rathna Kumar had discussed wearing a special costume in the nude scene and she had told him 'not to worry about it.' On the day of filming, however, Amala was understandably tense. "It is only when I reached that point, I was feeling stressed. I was anxious to know about what is happening on the sets, who were all going to be there, and if there was security," she told The Hindu.

The director had organised a relatively closed set. "There were only 15 people on the sets. I wouldn't have done the scene if I didn't trust the crew," Amala Paul said. She also revealed that she almost exited the film industry before Aadai happened. "I was telling my manager that I wanted to quit the industry because the synopsis I was receiving from filmmakers all felt like a lie. Yes, they were heroine-centric... but the concepts were simple. Like a rape victim, her struggling against the odds and gaining revenge, or a wife who supports her husband endlessly, or a sacrificial mother. I had no interest to be a part of these lies," Amala Paul told The Hindu.

The teaser - which features the nude scene - of the Tamil-language Aadai went crazy viral last month. Actress Samantha Ruth Prabhu tweeted a shout-out as did Karan Johar who described Amala Paul as 'bold, beautiful and badass.'

Amala Paul makes films in Malayalam, Tamil and Telugu and is the star of movies such as Mynaa, Sindhu Samaveli and Deiva Thirumagal. Apart from Aadai, her upcoming line-up also includes Adho Andha Paravai Pola, Aadjeevitham and Cadaver.