Trending Again: Was Sushmita Sen's Miss Universe Gown Really Made Out Of Curtains?

On stage, Sushmita wore white gloves to go with her stunning outfit, which were reportedly repurposed socks 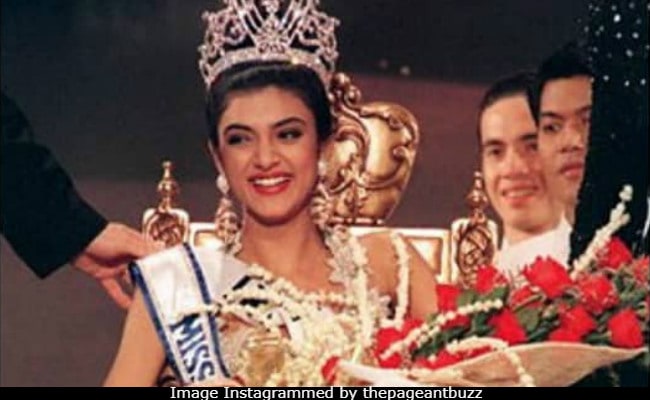 It must be a slow day for the Internet because it's currently obsessing, again, over whether or not Sushmita Sen really wore a dress made of curtain fabric at the Miss Universe pageant, which she won, in 1994. That was 24 years ago and, apropos of nothing, this piece of trivia has been resurrected for current discussion. (Urban) legend has it that Sushmita, then 18, was headed to Miss Universe after having pipped reigning supermodel Aishwarya Rai to the Miss India title and was strapped for the cash that would enable an international pageant-winning wardrobe. Unable to afford a designer ensemble for the beauty pageant finale, Sushmita apparently opted to have her outfit stitched by a local tailor and for the material, she picked curtain fabric. On stage, Sushmita wore white gloves to go with her stunning outfit, which were reportedly made of repurposed socks, - she apparently redesigned them with lace, says India Today.

#21stMay1994 #India won #missuniverse for the #firsttime A day when #history was made!! #celebrating #22yrs of that #beautiful #victoryit #inspired an #18yr old girl to be the #woman she is #today Thank you #India #thankyou #God lots of love #missuniverse1994

All very romantically Sound Of Music-ish but on unlikeliness levels, this story would have to score a perfect 10 - we can't imagine that Femina, the publication that ran the Miss India pageant, and official designer Ritu Kumar would have allowed their desi girl to compete in upholstery material.

However, plenty of rumours about Sushmita's purportedly Cinderella-going-to-the-ball wardrobe abound. According to The Free Press Journal, Sushmita also apparently scrounged her clothes for the pageant from the cheap knockoffs in Delhi's Sarojini Nagar market. A Times Of India report from earlier this month alleges that the design for Sushmita's outfit was explained to the tailor by her mother Subhra Sen, who was inspired from an ensemble she saw in a magazine.

In May last year, Sushmita shared a throwback memory from a photoshoot just a few months before she participated in the Miss India pageant and wrote that the neckpiece was a borrowed one.

Sushmita Sen was crowned Miss Universe in Manila 24 years ago and returned there in February last year as a judge for the pageant. Whether or not there is any truth to the curtain fabric story, 1994 was a moment of undisputed glory for India - it was the first year we won Miss Universe and Aishwarya won Miss World, only the second Indian after Reita Faria in 1966.

Sushmita joined Bollywood with 1996's Dastak and has starred in films such as Main Hoon Na, Biwi No 1, Do Knot Disturb and Tumko Na Bhool Payenge. She was last seen in the Bengali film Nirbaak.