"I am anyway not active on social media, I don't post anything," said Aamir Khan 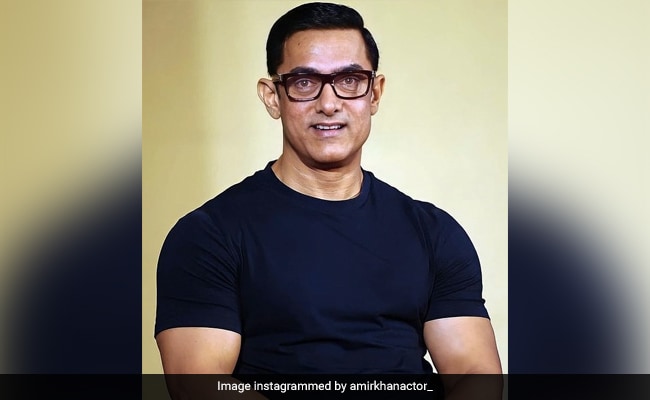 Aamir Khan, who was recently spotted at the screening of the film Koi Jaane Na, was in a chatty mood. The actor, who quit social media a day after his birthday, was asked by paparazzi the reason behind his move. Aamir Khan, being his candid self, told the paparazzi, "Do not put your theories about that. Main apni dhunki mein rehta hoon (I live in my own world). I am anyway not active on social media, I don't post anything," reported news agency PTI. The actor, who was largely a recluse even when he had social media profiles on different platforms, added, "We used to communicate before this (social media) as well. Now that I've quit social media, I'll be able to talk to my audience only through the media. So you guys should be happy, I have full faith in you."

Aamir Khan, earlier this week, shared his final post on Twitter and Instagram handles - both of which have been deleted now. He wrote: "Hey guys, thank you so much for all the love and warmth on my birthday. My heart is full. In other news, this is going to be my last post on social media. Considering that I am so active anyway, I have decided to drop the pretence."

The actor also shared that all the details pertaining to his films and projects will be shared on the official social media handles of his production house, Aamir Khan Productions. "We will continue to communicate as we did before. In addition, Aamir Khan Productions (AKP) has created its official channel. So, future updates on me and my films can be found there...Lots of love," he wrote.

Aamir Khan will next be seen in Laal Singh Chaddha, directed by Advait Chandan. It is based on Tom Hanks' classic 1994 film Forrest Gump. This is Aamir Khan's second project with Kareena Kapoor after the 2009 hit 3 Idiots. The film also stars Mona Singh and it is slated to release on Christmas this year.