Bollywood films this week promise multiple flavours and it won't be easy to pick one this time. 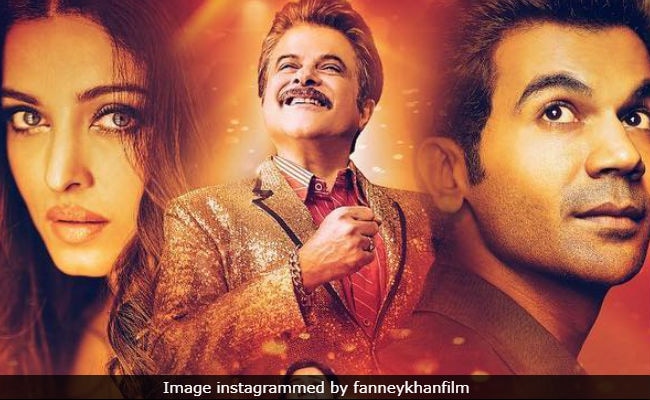 Bollywood has plenty of films releasing today. Fanney Khan, starring Anil Kapoor and Aishwarya Rai Bachchan, is about chasing dreams while Anubhav's Sinha's Mulk, featuring Rishi Kapoor and Taapsee Pannu, is a courtroom drama and Karwaan, featuring Irrfan Khan, Dalquer Salmaan and Mithila Palkar is a road trip which brings three strangers together on an unimaginable journey. Bollywood films this week promise multiple flavours and it won't be easy to pick one this time.

First up, Fanney Khan - The Atul Manjrekar-directed film narrates the story of a father who wants his daughter to fulfil a dream which he once cherished - to become a popular singer. Fanney Khan (as Anil Kapoor's character is called) hopes to see the day when his daughter Lata (Pihu Sand) will be as famous as Baby Singh (Aishwarya Rai Bachchan). Pihu, though a talented singer, has to get past body-image issues. Will Fanney Khan and Pihu finally achieve their dream? The answer is in theatres near you.

Anubhav Sinha's Mulk deals with a rather sensitive subject and as film critic Saibal Chatterjee said: "It isn't often that Bollywood shows such spine." Mulk is the story of a Muslim family being branded traitors after one of their family member is killed in a police terrorist encounter. Taapsee Pannu plays the role of a Hindu lawyer defending the Muslim family, the patriarch of which is Rishi Kapoor.

The early reviews of Mulk have been exceptional.

Watch the trailer of Mulk to get a gist of the plot:

Karwaan is the story of three strangers with their respective agendas bound by fate on a road trip that will change their life. Karwaan marks Dalquer Salmaan's Bollywood debut.

Which film(s) do you plan to watch this week?