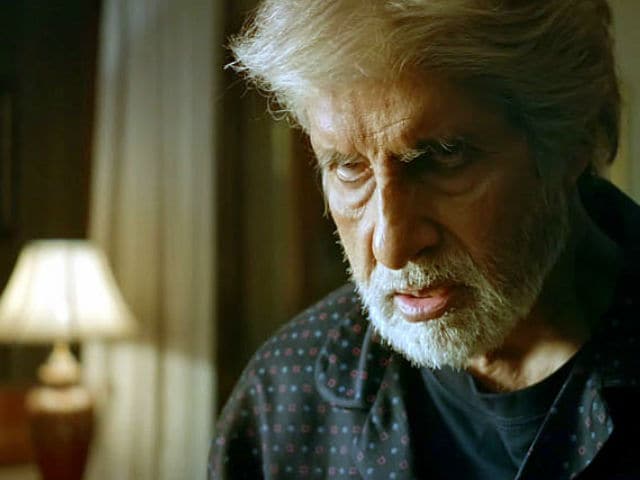 A still from Pink

Directed by Aniruddha Roy Chowdhury, Pink puts a spotlight on crime against women in urban cities. The film is about three young women fighting for justice in the national capital. They are defended by Big B who is playing a lawyer suffering from bipolar disorder. Produced by Shoojit Sircar and Rashmi Sharma, the film also stars Angad Bedi, Dhritiman Chatterjee and Piyush Mishra.

Bollywood also has Raaz Reboot to offer today. Written and directed by Vikram Bhatt, the film stars Emraan Hashmi and Kriti Kharbanda in the lead roles. It is the fourth instalment in the horror film franchise, Raaz.

In the Hollywood section, you can catch up with Blake Lively's The Shallows, The Light Between Oceans and animated films Robinson Crusoe and The Secret Life of Pets.

Blake, who found it 'cool' shooting with sharks, will be seen as a surfer who gets stranded 200 yards away from shore and fights to survive a shark attack in The Shallows.

Michael Fassbender and Alicia Vikander The Light Between Oceans is a romantic drama set in the years following World War I. Directed by Derek Cianfrance, the film also stars Rachel Weisz and Jack Thompson.

Interested in Regional cinema? You can choose from the following:

Kannada film Murugan Male 2 stars Ganesh and Neha Shetty. It is a story of a millionaire whose love of life suddenly disappears. Will he be able to find her? Watch the film to know.

Promoted
Listen to the latest songs, only on JioSaavn.com
Telugu film Nirmal Convent has Roshan Meka and Shriya Sharma playing the lead roles. It has been directed by G Naga Koteswara Rao.

Urdu film Janaan is a Pakistani film that revolves around Meena and her topsy-turvy love life. The film's starcast include Armeena Rana Khan, Bilal Ashraf and Ali Rehman Khan.