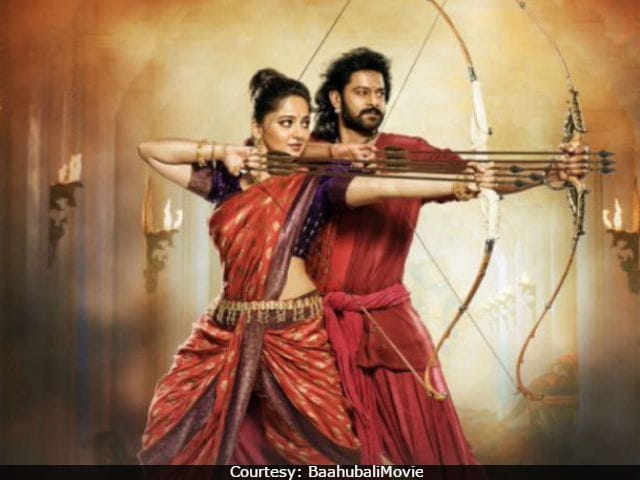 Prabhas and Anushka Shetty in a poster of Baahubali: The Conclusion (Courtesy: BaahubaliMovie)

New Delhi: Finally, it's April 28 and Baahubali: The Conclusion hits the screens today. The two-year wait is over. SS Rajamouli's Baahubali 2 is one of the most-anticipated films of the year. The film stars Prabhas, Rana Daggubati, Sathyaraj, Anushka Shetty, Tamannaah Bhatia and Ramya Krishnan. All the actors reprise their roles from part 1, Baahubali: The Beginning, which released in July, 2015 and kept us waiting to know the real reason behind Baahubali (Prabhas), Katappa (Sathyaraj) and the cliffhanging moment (why did Katappa kill Baahubali). Baahubali: The Beginning is till date one of the most profitable films. Will Baahubali 2 be able to break the records? We hope so it does. However, Rajamouli is confident about his film. "We were a little nervous during the first part but for this one we are quite confident because there has been a big fan-base which has been following it since the past two years. During this time, none of them lost interest in the film and it kept on going," he told PTI.

Baahubali 2 is all set for a grand release across 8,000 screens in India. However, if you are think of planning to watch the film this weekend, just drop the plan. The tickets of all the shows in the theatres are sold out. The online booking had started about a couple of days ago.

Promoted
Listen to the latest songs, only on JioSaavn.com
On Thursday, a premiere of the film was scheduled in Mumbai, but due to veteran actor Vinod Khanna's death, the event was cancelled. "As a mark of respect to our beloved Vinod Khanna the entire team of Baahubali has decided to cancel the premiere tonight," tweeted filmmaker Karan Johar, who is in charge of the Hindi release of the film.

Made under a budget of Rs 450 crore, Baahubali 2, has already made a pre-release business of Rs 500 crore through its satellite and distribution right.