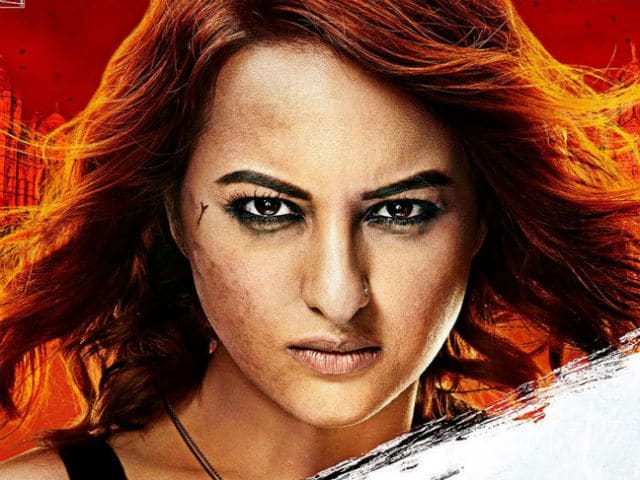 A poster of Akira.

New Delhi: It's time for a thrilling and action-packed weekend with AR Murugadoss' Akira starring Sonakshi Sinha headlining the long list of releases on Friday.

Akira, which also stars Anurag Kashyap in a supporting role, is a remake of the Tamil sleeper hit, Mouna Guru. The film is the second collaboration between Sonakshi and Mr Murugadoss, and the actress will be seen packing some serious punches in hard-core action sequences in the film. Sonakshi hopes that the film will inspire more female actors to take up such roles.

Next up is Vinay Pathak's indie film Island City. Ruchika Oberoi's drama comes to the Indian screens after a tryst at the Venice International Film Festival. The film deals with three inter-woven stories with the constant theme of the city of Mumbai. It co-stars Ashwin Mushran, Tannishtha Chatterjee and Chandan Roy Sanyal.

Fans of superstar Jackie Chan will rejoice as the actor's bilingual action comedy Skiptrace also releases today. The film is based on a story by Jackie himself.

From the regional section, multi-starrer Janatha Garage will hit screens today. The film is already making headlines due to its cast which includes Mohanlal, Jr NTR, Samantha Ruth Prabhu and Nithya Menen, and a special song with Kajal Aggarwal.