To Bappi Lahiri From Bengali Stars: "He Truly Had A Heart Of Gold"

From Prosenjit to Biswajit Chatterjee, many Bengali celebs have remembered late Bappi Lahiri 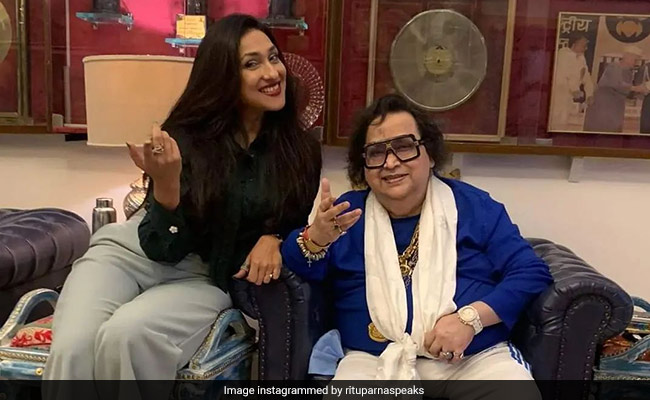 The loss of veteran composer-singer Bappi Lahiri has left the Bengali film fraternity bereft. Bappi Da, as the singer was fondly called, died at the age of 69 in a Mumbai hospital on Tuesday night. His death prompted a massive outpouring of grief from friends, colleagues and fans. Bengali star Prosenjit, many of whose films featured music by Bappi Lahiri, shared tribute posts on social media. He also spoke to news agency PTI, saying: "Bappi da gifted me 'Chirodini Tumi Je Amar' for my film 'Amar Sangi', a song that went on to become a blockbuster hit. People still ask me to croon the song at functions. I still can't believe he is gone. He composed music for many of my films. Bappi da will remain in people's hearts forever."

In an Instagram post, Prosenjit wrote (translated from Bengali): "I don't words to describe how special Bappi da was to me. He truly had a heart of gold. I have so many memories of our friendship and our collaborations. Rest in peace, Bappi da, you will live forever through your compositions."

On Wednesday morning, Prosenjit's father, veteran actor Biswajit Chatterjee, was among the first to visit Bappi Lahiri's home in Mumbai. 1985 film Saaheb, which Mr Chatterjee starred in with Anil Kapoor and Amrita Singh, is best-known for one of Bappi Lahiri's greatest hits - Yaar Bina Chain Kaha Re. "It's a dark day for the Indian music industry. We lost a person who popularised pop and rock music in our country. Bappi was so young when he started working and in a short span of time, he made a name for himself. He's my family. I will miss him extremely," Biswajit Chatterjee told news agency ANI. 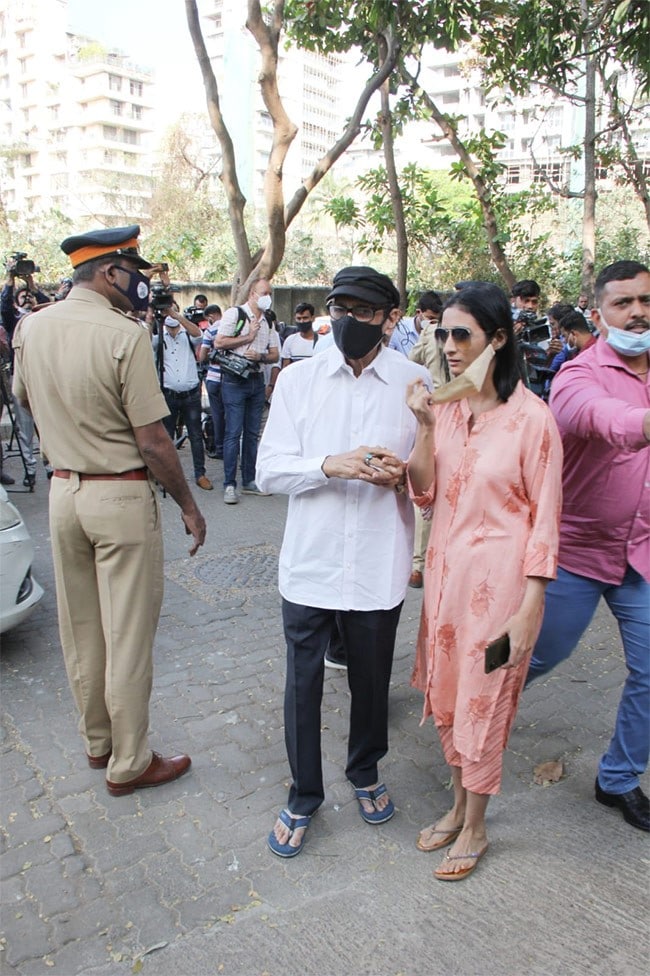 Bengali star Rituparna Chatterjee wrote in an Instagram post: "The loss of a big brother, a guide like you is something that can never be imagined. Am heart broken.. I lost my family member. You are an inspiration to the whole world. You were full of faith, courage, and strength. You'd never be forgotten. Bappi da you will be with us forever.  Rest in peace, Bappi Da."

Composer Debojyoti Mishra shared with PTI the last time he encountered Bappi Lahiri at a Kolkata hotel in 2019. "Bappida was at the lobby of a hotel, waiting for someone to take him to an event. We chatted for about an hour even as a live band played nearby. He was impressed with my work, and appreciated the fact that I work with so many hands (instrumentalists)," he said.

Mr Mishra noted that Bappi Lahiri's music had a very distinctive style. "Charting a path different from that of R D Burman, Bappi Lahiri formed his own style in the disco genre. Every single note of his compositions was clearly defined. Such was his command over the medium. Not many know he was a gifted tabla player," he told PTI.

Lyricist Shiladitya Choudhury recalled visiting Bappi Lahiri at home in Mumbai. "A room on the ground floor has all his awards, mementos, certificates, pictures and albums on display. Visiting that room on the ground floor of his villa was nothing short of a pilgrimage for me. And he was a true blue Bengali who loved to treat guests to delicacies," he told PTI.

Bappi Lahiri started out composing for the 1972 Bengali film Daadu the soundtrack of which featured Lata Mangeshkar, no less. His first Hindi film was 1973's Nanha Shikari. Bappi Da's many Bengali credits include the films Ogo Bodhu Shundori and Guru Dakshina.