Time 100: 'Deepika Padukone The Best Earth Has To Offer' - What Vin Diesel Wrote For Her 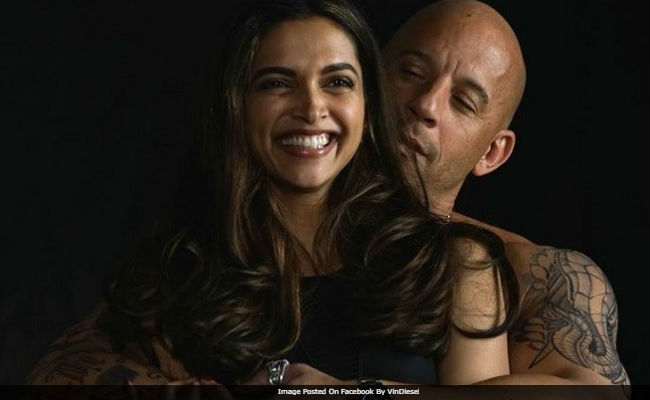 New Delhi: Deepika Padukone's predicted global domination continues with this year's Time 100 Most Influential People list, on which she features under the Artists section in the august company of Nicole Kidman, Hugh Jackman and Gal Gadot. That's cause for major celebration and nobody is more impressed than actor Vin Diesel, who co-starred with Deepika in her Hollywood debut xXx: The Return Of Xander Cage and who write her piece for Time. Vin Diesel has made no secret of his admiration for the 32-year-old actress - in fact, 'adoration' would be a better word, given his frequent and public waxing eloquent about Deepika on social media and in interviews.

So we're glad he got another chance to do so because Vin Diesel really hit the ground running this time, writing, "Deepika is the best Earth has to offer. She's not just here to represent India; she's here to represent the world." Woo hoo. Read his full piece below.

Read what Vin Diesel wrote about Deepika Padukone in Time:

Promoted
Listen to the latest songs, only on JioSaavn.com
"Making that movie, Deepika took committed to a whole other level. That's who she is as a performer. She wants the whole movie to shine, which is a rare thing. Anyone could talk about how beautiful she is, and anyone could tell you about her unmatched comedic timing. But she isn't just a star. She's an actor's actor, dedicated to the craft.

"So often in the entertainment industry we deal in stereotypes, and people get stuck in certain markets. Deepika is the best Earth has to offer. She's not just here to represent India; she's here to represent the world."