Swag Se Swagat banks on Katrina Kaif's expertise in dance and Salman Khan's swag. It is worth your 3 minutes 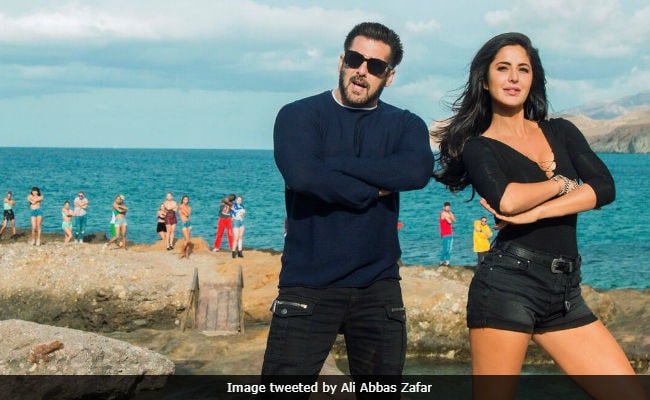 New Delhi: Swag Se Karenge Sabka Swagat, the first song from Salman Khan and Katrina Kaif's Tiger Zinda Hai, banks on Katrina's dance moves and Salman Khan's swag. The song, for which a buildup started a week ago, released today and as promised it is quite a cool song. The song has been filmed in Greece (the picturesque locations add to the song's grace) and it looks breathtaking. Director Ali Abbas Zafar said that they've used 100 or so professional dancers in the song but Katrina Kaif will ensure you only have eyes for her. Despite its somewhat flat lyrics (what happened, Irshad Kamil), Swag Se Swagat is worth your 3 minutes.


Promoted
Listen to the latest songs, only on JioSaavn.com
Tiger Zinda Hai is the sequel of 2012's Ek Tha Tiger, which was directed by Kabir Khan. The Ali Abbas Zafar-directed film explores the story of Tiger (an Indian spy) and Zoya (a Pakistani spy) as a team. In the first film, Tiger and Zoya worked against each other only to fall in love during a mission and later elope to escape the wrath of their respective governments.

But in Tiger Zinda Hai, Tiger and Zoya are a team who have just one mission - peace. The film is a fictionalized retelling of a real life incident where 25 Indian nurses were kidnapped in Iraq in 2015. Tiger Zinda Hai is expected to release on December 22.