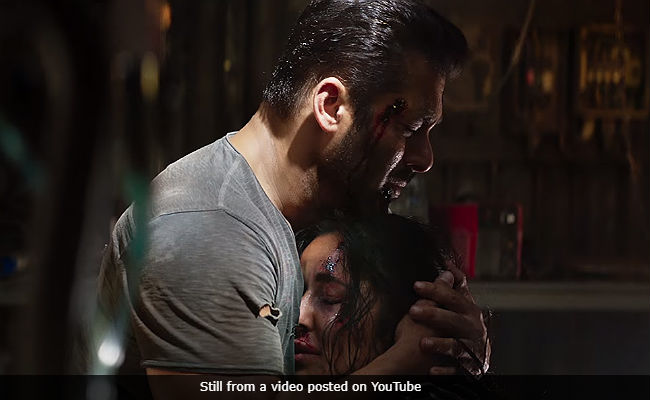 New Delhi: The wait for the trailer of Tiger Zinda Hai is finally over and well, after the Tubelight debacle, Salman Khan is back in form. You will have no complaints after watching this 3-minute trailer which has the elements of thrills, action and romance - because Katrina Kaif is also back in the film. In Ek Tha Tiger (2012), Tiger (Salman Khan), an Indian spy, and Zoya (Katrina Kaif), a Pakistani spy, were against each other but this time they have a common enemy to fight. The film is fictionalized retelling of a real life incident where 25 Indian nurses were kidnapped in Iraq in 2015. How Tiger and Zoya rescue those nurses and of course beat their government's tactics to capture them (they are fugitives, remember?) forms the film's plot.

Ek Tha Tiger was directed by Kabir Khan for Yash Raj Films while he sequel is made by Ali Abbas Zafar. Kabir watched the trailer and was totally impressed. He tweeted: "Wow... Totally Dhamakedar trailer... Tiger is back and his roar is louder than ever!!!"

Wow... Totally Dhamakedar trailer... Tiger is back and his roar is louder than ever!!! https://t.co/P0iOwvSj64

Promoted
Listen to the latest songs, only on JioSaavn.com
Tiger Zinda Hai has been filmed in Abu Dhabi, Austria, Greece and Morocco and each destination has its own significance. A scene in the trailer, where Salman Khan is riding a horse, must have caught your attention. Ali Abbas Zafar had said in a statement: "Morocco to feature crucial fight sequences of horseback riding. The country's landscape and topography brings a certain texture to these sequences."

Tiger Zinda Hai will hit the screens on December 22.