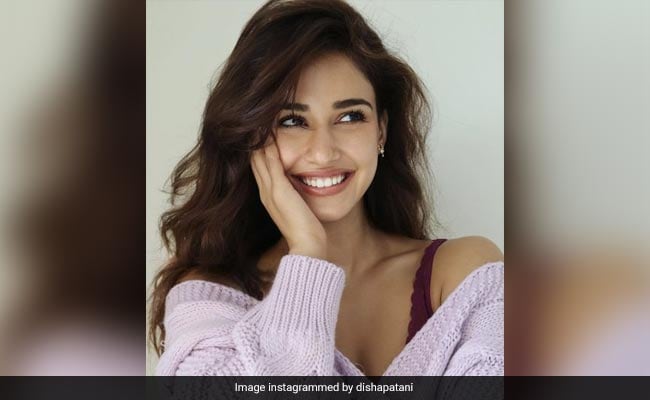 Disha Patani recently shared a picture of herself on her Instagram handle, but what caught our attention is Tiger Shroff's sister Krishna Shroff's comment on her post. On Wednesday, the actor shared a beautiful picture of herself. In the picture, Disha can be seen wearing a purple sweater and posing for the camera. The actor put a purple heart as her caption. The post soon caught the attention of Krishna Shroff, whose comment read, "Cutie" with a star-eyed emoji. Disha Patani, who was rumoured to be dating Tiger Shroff, shares a close bond with his family and they often drop comments on her post.

Coming back to Disha's latest post, many of Disha's fans too flooded her post with likes and comments. One of them wrote, "Purple looks beautiful on you," while the others dropped heart, star-eyed and fire emojis.

The actor, who is currently shooting for Suriya's forty-second project in Goa, often shares pictures of herself on her Instagram.

A week ago, Disha shared a few casual pictures of herself from her breakfast table. The actor, who in the pictures can be seen wearing a white dress, captioned her post, "Feeling like myself."

The makers of Suriya's forty-second film recently announced Disha's association with the film. Disha too shared a teaser of the film on her Instagram handle and used hashtag Suriya 42 in her caption.