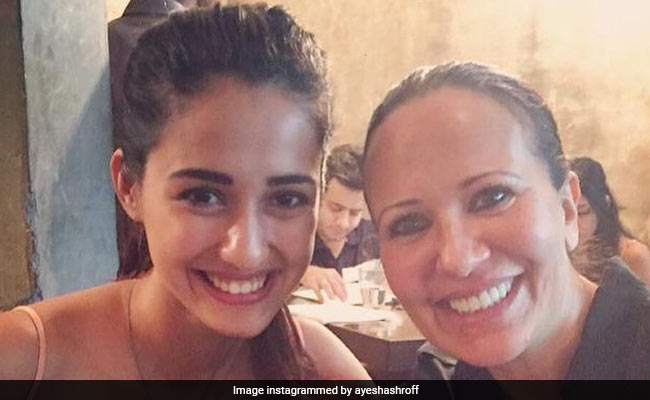 As Disha Patani celebrates her 29th birthday today, her fans, friends and family members wished her on social media. An extra special greeting arrived from Tiger Shroff's mom Ayesha. Disha Patani is said to be dating Tiger Shroff. The duo shared screen space for the first time in music video Befikra They later co-starred in the 2018 film Baaghi 2. The actress shared screen space with Tiger in the Baaghi 3 song Do You Love Me. Ayesha Shroff shared a few adorable pictures of the birthday girl and she wrote: "Happpppppyyyy birthday Deeeeeshu! Everyone sees the glamorous you but I love this side the most." Tiger's sister Krishna Shroff commented: "This is cute."

Disha Patani loved Ayesha Shroff's greeting and she wrote in the comments: "Awwww! Love you so much aunty. You're the best." Check out the post here:

On her birthday eve, Disha Patani shared a stunning shot from a beach location. She added a flower emoji to her post. This is the post we are talking about:

Before entering Bollywood, Disha Patani  was a model. She made her Bollywood debut in 2015 with sports biopic M S Dhoni: The Untold Story. She has also featured in films such as Baaghi 2 and Kung Fu Yoga among others. She also featured in Mohit Suri's Malang, co-starring Anil Kapoor, Aditya Roy Kapur and Kunal Kemmu.

Dial 100 Trailer: It's Manoj Bajpayee Vs Neena Gupta In Race Against Time