Baaghi 2 director said that Tiger Shroff is willing to whatever the director asks of him - dance, action or even a bare body shot - in no time 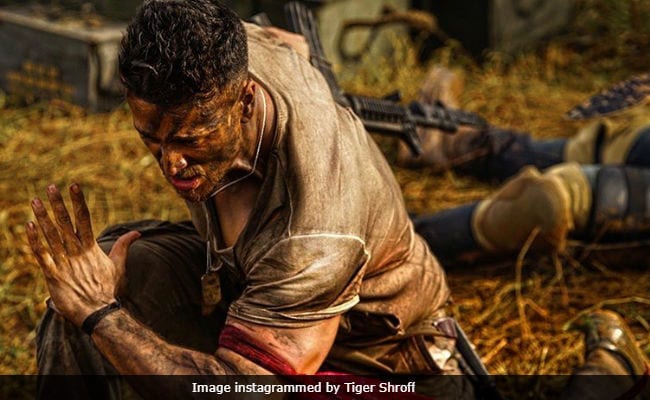 Mumbai: Tiger Shroff is a complete hero, says choreographer-turned-filmmaker Ahmed Khan, who has directed the actor in forthcoming film Baaghi 2. Ahmed Khan spoke about it at the launch of &TV's dance reality show High-Fever on Friday. "I haven't done much choreography since the last one year, but as a choreographer or as a director, I think I see Tiger Shroff right now as a hero. Because you ask him to dance, he is ready, tell him to do action, he does it out of his limits, for a bare body shot he is ready in five minutes because he is always fit," he said. He also said Tiger's fans will see his transformation in Baaghi.

"Look-wise, there is a transformation in him. I asked him for a haircut and he was ready. He is an actor who is a complete hero. Whether it is songs, action, acting or anything, he is ready. I think Tiger Shroff is complete in terms of everything. Of course, there are Varun Dhawan, Ranveer Singh... these are the boys who are ready to go," Ahmed Khan added.

Producer Sajid Nadiadwala had announced Baaghi 3 even before the Baaghi 2 trailer had come out. Ahmed Khan said he is overwhelmed by the confidence of the producer.

On the pressure for Baaghi 3, he said: "Its announcement took place even before the trailer release and it came from a producer like Sajid Nadiadwala, who is the number one producer in Bollywood right now. So, the amount of confidence he has on me and Tiger (Shroff), we're overwhelmed with it."

"He told us one thing, 'See, you have taken the action level to such a level in Baaghi 2, now you have to take the action on a higher level. We have started preparations to create something very interesting and nice for the audience in Baaghi 3. I am sure we will come victorious because audience support is tremendous."

For now, he is focussed on the forthcoming release of Baaghi 2.

"The action that people have seen in the trailer is just 25 per cent of what's in the film. Once you watch the film, it is completely different," he said.

Promoted
Listen to the latest songs, only on JioSaavn.com
Baaghi 2 also stars Disha Patani, and will release on March 30.