Thugs Of Hindostan: The Inspiration Behind Aamir Khan's Nose-Pin Look

Aamir Khan's look has something to do with his school days 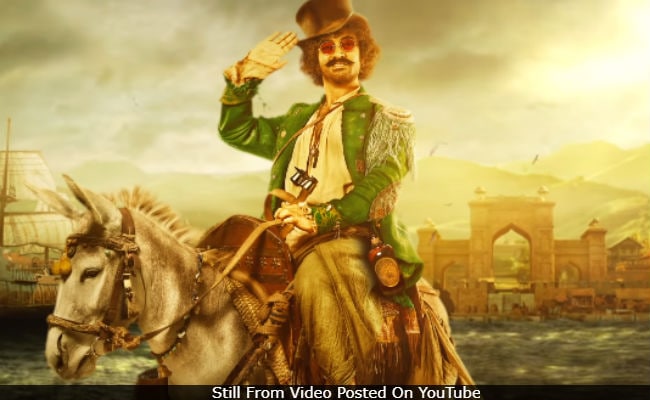 Last year, Aamir Khan made everyone very, very curious after he was seen sporting a nose-pin. Days later, it was revealed that the look is for his upcoming film Thugs Of Hindostan. But we didn't really know the inspiration behind Aamir's pierced look. A DNA report states that the 53-year-old actor's look has something to do with his school days. He decided to give a personal touch to his role and took inspiration from a school friend who had relocated from Sindh and wore a nose-pin. However, when he approached the friend, he didn't remember the design of it. However, Aamir designed his own nose-pin for based on its memory.

"Aamir has an eye for minute details. Not only does he have a vision for his characters, but he also takes every bit of efforts to get the finer details right. It is a lesser known fact, but he observes his near and dear ones very closely and often draws inspiration from them for his onscreen characters. To play a 'thug,' he imprinted the design of the nose-pin his school friend wore decades ago," DNA quoted a source as saying.

In Thugs Of Hindostan, plays a conman Firangi Mallah. About his appearance and the look in the film, the costume designers Rushi and Manoshi said that Firangi is a 'potpourri of different elements.' Rushi told news agency IANS, "Firangi is a potpourri of different elements and identities stolen from the myriad people he meets. He loves his name and lives up to it with his top hat and his choice of foreign booze, which also are incidentally stolen from people. He wears an English leather tail coat in a jade colour, the colour of a chameleon."

"Like a magpie, he loves collecting things that shine to his eyes. He has a chatelaine belt from which he hangs his favourite glinting belongings. A rose-tinted sun-glass, an ornate leather canteen of water, a mismatched pair of boots and a potli full of tricks, beware of the charmer, Firangi Mallah," Manoshi added.

Thugs Of Hindostan is directed by Vijay Krishna Acharya. It is set in 1795 and the film follows the adventurous story of the thugs' battle against the East India Company for free India.

Thugs Of Hindostan opens on November 8 and will simultaneously release in Hindi, Tamil and Telugu.