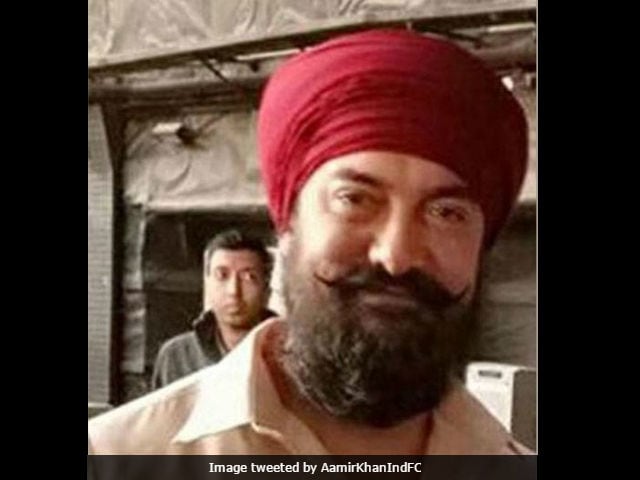 New Delhi: As everyone eagerly waits to see Aamir Khan and Amitabh Bachchan share the screen space for the first time in Thugs of Hindostan, picture of the 51-year-old actor's 'new look' have gone viral on social media. However, the Qayamat Se Qayamat Tak actor's spokesperson said that the sardar look donned by Aamir Khan is not for this particular movie. "The sardar look that has been doing the rounds is a look from a very special collaboration of Aamir and not from Thugs of Hindostan," Aamir's spokesperson said. Aamir Khan will begin shoot for the film in May. Thugs of Hindostan has been produced by Yash Raj Films.

Aamir Khan, who was last seen in the 2016 movie Dangal, has been training hard for Thugs of Hindostan. The actor, who was seen portraying the role of wrestler Mahavir Singh Phogat, will be sporting a lean look in his next project.

Thugs of Hindostan, which is based on the novel Confessions of a Thug , is scheduled to release on Diwali next year. The film also features Jackie Shroff in a pivotal role.

The Lagaan actor will next be seen in Secret Superstar. The film is being directed by Advait Chandan and produced by Aamir Khan and his wife, Kiran Rao. The movie also features Zaira Wasim, Meher Vij in lead roles. Secret Superstar is slated to release on August 4.