Thugs Of Hindostan: In the picture, both Aamir Khan and Amitabh Bachchan are bespectacled and appear engrossed in the scripts they are holding 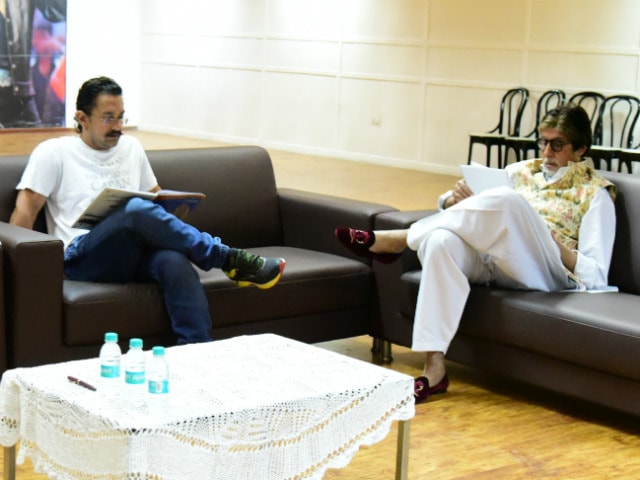 New Delhi: Actor Aamir Khan is now co-stars with megastar Amitabh Bachchan for their upcoming movie Thugs Of Hindostan, work on which has already begun, revealed a picture shared by the makers of the film. Dressed in absolute casuals, the Dangal actor can be seen engaged in a script reading session with Big B, who is spotted on another sofa in his usual work-mode persona. Both Aamir Khan and Amitabh Bachchan are bespectacled and appear engrossed in the scripts they are holding. Accompanying them in the room is director Vijay Krishna Acharya, whose second film this is with Aamir Khan. The director and Aamir have previously collaborated for 2013 film Dhoom 3. Thugs Of Hindostan, which marks Aamir Khan's first film with Amitabh Bachcha, is scheduled to go on floors from June 1. 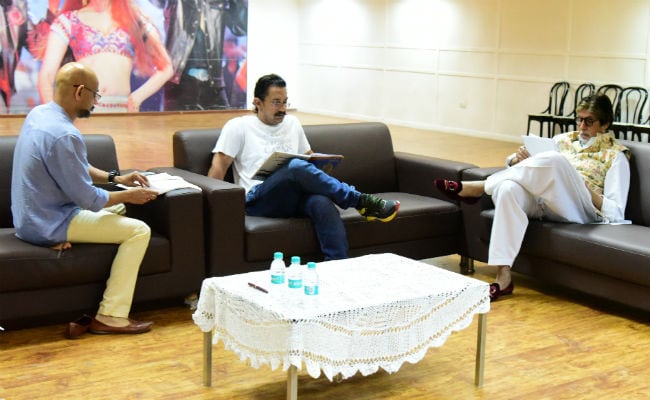 Thugs Of Hindostan has already reached the status of a much-awaited film as it also includes Katrina Kaif and Fatima Sana Shaikh in its cast. Aamir has worked with Katrina in Dhoom 3 while his blockbuster wrestling drama was Fatima's Bollywood debut.

Earlier this month, Aamir Khan welcomed the "last Thug", Katrina Kaif, on board, which prompted a hilarious reaction from Salman Khan, who will next be seen in Tubelight and also with Katrina in Tiger Zinda Hai. "I'm such a big Tubelight that I just got to know that Tiger's tigress is a Thug," Salman wrote on Twitter.

Promoted
Listen to the latest songs, only on JioSaavn.com
Meanwhile, talking about her second film with Aamir, Fatima told news agency IANS: "After Dangal, I was back to square one. For Thugs Of Hindostan also, I had to go through multiple rounds of auditions till I got the film. So, we can do several films, but every film will be like a first - at least it is so for me because you start from scratch. It feels unreal. It is a huge project and with one of the best production houses. And plus there's Amitabh sir and AK (Aamir). I feel very fortunate."

Thugs Of Hindostan will hit screens on Diwali next year.