Take a look at this photo of Alia Bhatt, Ranbir Kapoor, Malaika Arora and Arjun Kapoor chilling together 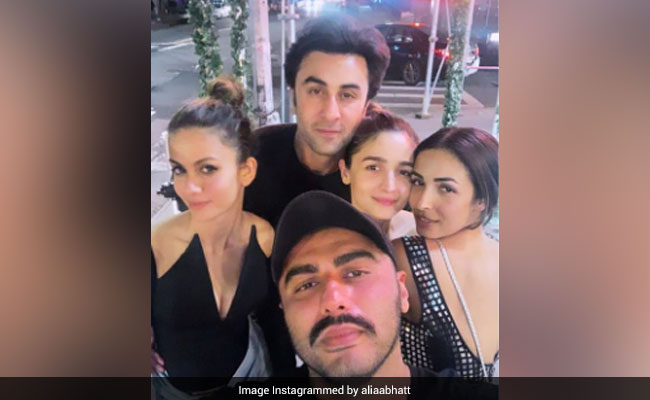 On Arjun Kapoor's birthday, his 2 States co-star Alia Bhatt packed a punch as she shared a throwback photo from not so long ago on her Instagram story. The photo shared by Alia Bhatt is from a trip to New York with boyfriend Ranbir Kapoor, when the couple caught up with Arjun Kapoor and Malaika Arora. Alia Bhatt's photo also features socialite and their close friend Natasha Poonawalla. "Happiest birthday, my dear friend Arjun Kapoor. Never a dull moment with this one. Have a hap, hap, happy life, a day and a year. Lots of love," read Alia's birthday message for Arjun Kapoor. In the photo, Malaika and Alia can be seen hugging each other while a moustachioed Arjun was in charge of taking the selfie.

Take a look at this photo of Alia Bhatt, Ranbir Kapoor, Malaika Arora and Arjun Kapoor chilling together: 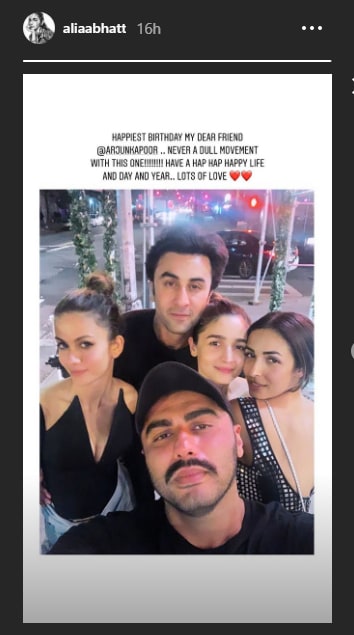 Earlier this year, another photo of Alia, Ranbir, Malaika and Arjun from the same night in New York had gone crazy viral when Natasha Poonawalla wished Alia on her birthday. The photo captured a moment featuring Ranbir giving Alia a peck on the cheek and Arjun kissing Malaika. 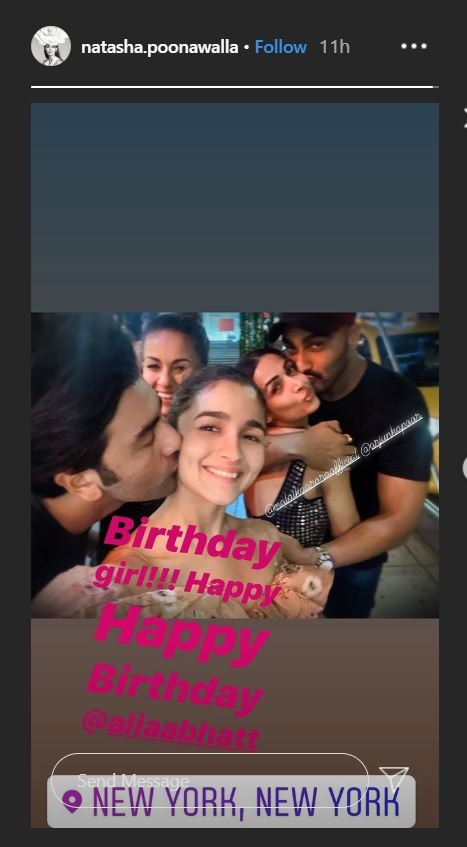 Meanwhile, Arjun Kapoor's birthday was made super special by Malaika Arora on Friday, who shared an adorable birthday wish for the actor on her Instagram story. "Happy birthday my sunshine," she captioned a sun-kissed picture of the Ishaqzaade actor smiling ear-to-ear.

Arjun Kapoor celebrated his 35th birthday on June 26. He was showered with adorable birthday wishes on Instagram from his cousins Sonam and Rhea Kapoor, and also actresses Katrina Kaif, Kareena Kapoor and others.