This Shah Rukh Khan, AbRam Moment is All You Need to See Today 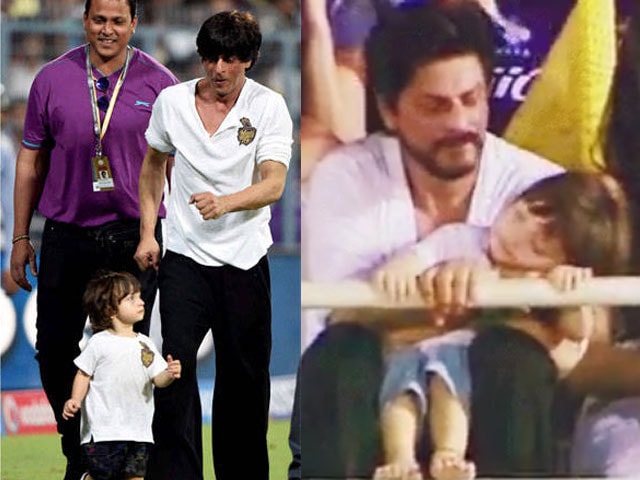 SRK and AbRam at an IPL match in Kolkata. Image on the right courtesy @KKKG_TUMBLR

New Delhi: Shah Rukh Khan's little boy AbRam is all of two today, which gives us an excuse to look at this, over and over again:

This Father-Son duo is cuter than "a bug in a rug" #HBDSRKsPrinceAbRampic.twitter.com/2cMqK8PJH9

Bet that got your crabby midweek hearts melting into puddles of sentiment.

SRK and AbRam were watching the actor's IPL team Kolkata Knight Riders play Shilpa Shetty's Rajasthan Royals two weeks ago. In the VIP stand with them were SRK's Dilwale co-stars Kriti Sanon (pictured next to Khans senior and junior) and Varun Dhawan.

Promoted
Listen to the latest songs, only on JioSaavn.com
AbRam is the youngest of Shah Rukh and Gauri Khan's three children and has lately been spotted at several IPL matches with his father, who also often posts pictures of and information about him on Twitter.

Dilwale, meanwhile, is one of three films SRK is making this year and will release on Christmas Day. He is also shooting Fan and Raees.