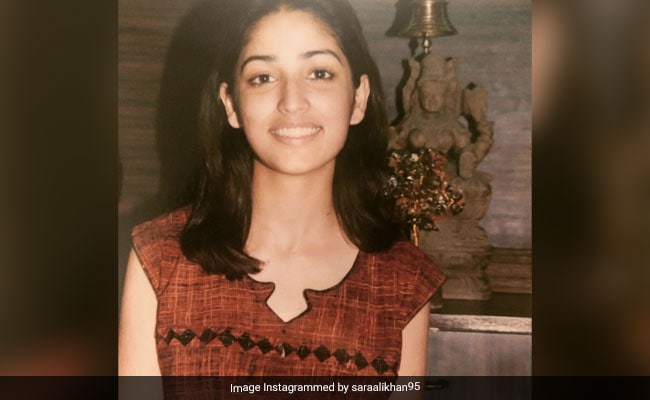 Actress Yami Gautam, who is known for her performances in films like Vicky Donor, Bala and Badlapur, flipped through the pages of her throwback album and shared an epic photo of herself on Tuesday. Yami picked a photo from her teenage days and shared that it was clicked in 2005. In the old picture, Yami Gautam, as a teen, looks pretty in what appears to be a red top. Sharing the photo, she wrote: "Teen days in Chandigarh. Circa 2005." Reacting to Yami Gautam's post, her Vicky Donor co-star Ayushmann Khurrana's wife Tahira Kashyap dropped heart icons in the comments section.

Teen days in Chandigarh Circa 2005

Yami Gautam's throwback game has always been on point. In August, she posted a picture from her childhood and made all of us go aww.

One of her previous posts features a tiny version of the actress. Take a look:

Meanwhile, check out some more throwback pictures of Yami Gautam:

To the most beautiful relation ever created...my mumma #happymothersday

On her brother's birthday, Yami Gautam shared this gem and wrote: "Both Surilie and I used to be eager to reach home so we could just throw our bags (not literally) and play with you. Your little toothless grin would just make our day."

Happy birthday my dearest Ojas... you turned 18 today & yet all the memories of holding you when you were a baby shall never fade away. Both Surilie & I used to be eager to reach home so we could just throw our bags (not literally) & play with you,,, your little toothless grin would just make our day... I remember preparing for my exams till late night , while you & mummy would be asleep next to me.. & around midnight (everyday) u would wake up, not cry but just communicate with me somehow with soft baby tones & then hold my finger & get back to sleep again.. You made our lives full of joy, care , laughter , respect & love..and not to miss the best chai-maker at home God bless you with love , values & knowledge,,, Happy bday my Ojas

In terms of work, Yami Gautam was last seen in Puneet Khanna's Ginny Weds Sunny. She shared screen space with Vikrant Massey in the film, which released on Netflix earlier this month. She has starred in movies like Bala, Heo, Yuddham, Badlapur, Sanam Re, Kaabil and Uri: The Surgical Strike.