"It highlights the importance of the play of both light and shadow to create an image," wrote Milind 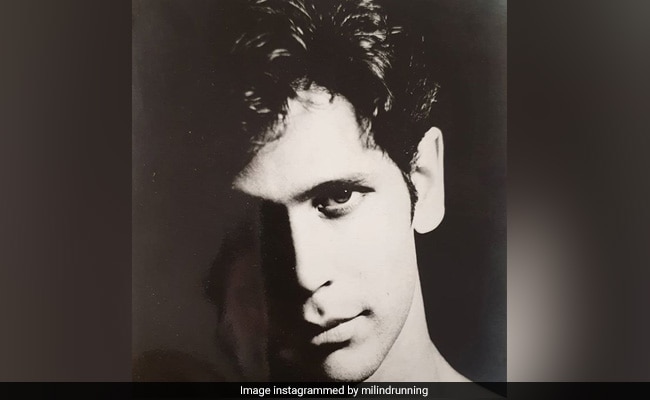 Milind Soman, continuing his Flashback Friday game, shared a throwback photo of himself with a thoughtful caption. The model-actor posted a black and white picture of himself, which appears to be from his modelling days, and shared why black and white images were always his "favourite." He wrote: "Black and white was always my favorite! It highlights the importance of the play of both light and shadow to create an image... is light more important or shadow?...Do happy times teach you more about life ? Or hard times?" Needless to say, Milind Soman's throwback picture left his fans in awe. The dropped comments like "Age can't touch you, you are still the same" and "You are one of the most handsome men in the world."

Black and white was always my favorite! It highlights the importance of the play of both light and shadow to create an image... is light more important or shadow ? . . Do happy times teach you more about life ? Or hard times ? . . #flashbackfriday #fridayface #life #light #dark #shadow #grey #beauty #happytimes #happy #photo #fashion

#ThrowbackThursday ! My first advertisement in 1989 I was offered Rs 50,000 to shoot some pictures for a couple of hours and I was so shocked, I thought the people were completely mad I was 23 years old, working in a hotel at that point, wondering if I should start a career as a waiter or a cook, am sure I would have loved working in hotels too the world is an amazing place! . . . #neverstop #neversaynever

The actor also revealed in one of his Throwback Thursday posts that he didn't even know modelling was a career.

#throwbackthursday 2001 photo by Pat! When I look back and think that when I was offered my first job as a model in 1988, I was studying to be an engineer, I was not even aware of modeling as a profession, but i just jumped in at the deep end. . . . . And it was just so much fun. #Always keep an open mind. . . . #Live2Inspire #fitnessaddict #keepmoving #neverstop #nevergiveup #love #run #runnersofinstagram #fashion #model

Milind Soman was last seen in the second season of web-series Four More Shots Please!. He is best-known for the music video Made In India. He has also starred in films such as 16 December, Rules: Pyaar Ka Superhit Formula, Say Salaam India and Bajirao Mastani. He has co-judged two television shows - India's Next Top Model and Supermodel Of The Year.