We are all hearts for this photo of baby Jeh 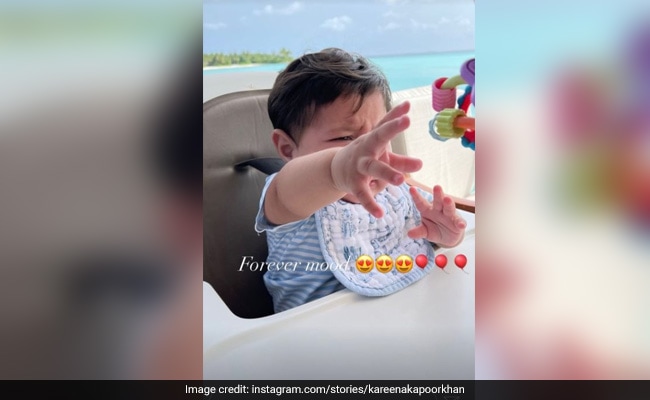 Kareena Kapoor shared this pic of Jeh from the Maldives. (Image courtesy: kareenakapoorkhan)

Kareena Kapoor has been adding stunning pictures to her Maldives album since last week and making all of us green with envy. The actress, who flew to the beach destination with husband Saif Ali Khan and their two sons - Taimur and Jeh - gave us glimpses of her many mood on her vacation but our favourite one is the picture that features baby Jeh. On Monday, Kareena Kapoor updated her Instagram feed with a monochrome picture of herself, captioning it: "Mood 1." She followed it up with another gorgeous photo of herself, which she shared on her Instagram story with this caption: "Mood 2." A few minutes later, Kareena shared an adorable picture of her baby son, who was born in February this year, and captioned it: "Forever mood" with heart eye icons. 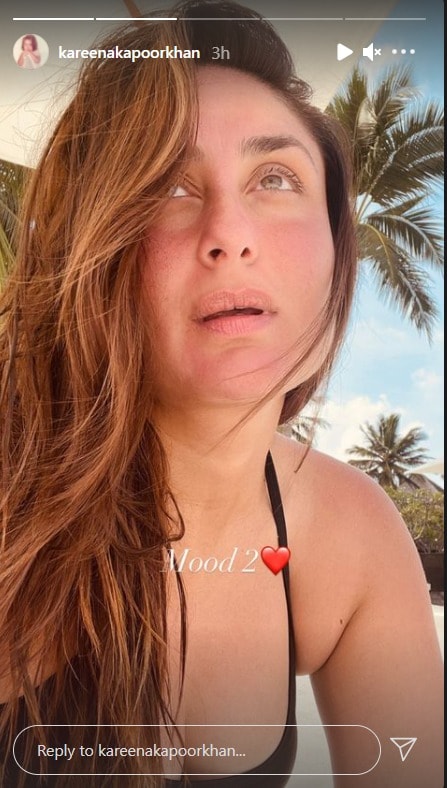 On Sunday evening, Kareena Kapoor showed us how Saif Ali Khan and Taimur have been enjoying the holiday on the "island." Here's the photo we are talking about: Kareena Kapoor and Saif Ali Khan, who became parents to Taimur in 2016, welcomed baby Jeh on February 21 this year. Earlier, speaking about how Taimur has been with his little brother, Kareena Kapoor told NDTV: "He is overwhelmed and thrilled. We were worried at first that if he would be slightly jealous or that slightly feeling of, like there is someone new in the house but you know, Taimur is so wonderful that he is actually protective about him now. When one or two of his friends come over now, he is like, 'Have you seen my brother? Have you seen him, have you said hello to him?' This is the way he asks his friends."