"Bless us for this new journey and new beginnings," wrote Kamya 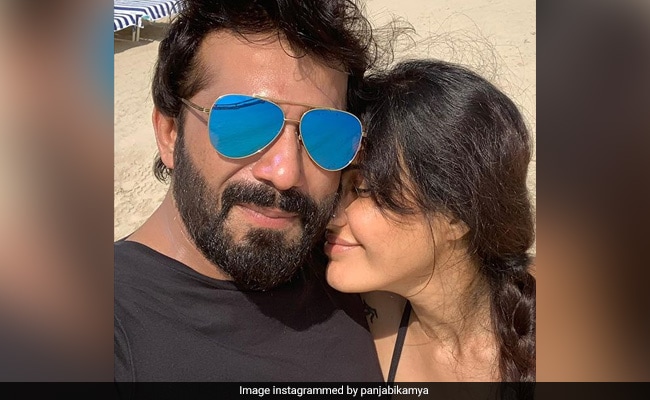 TV actress Kamya Panjabi and her boyfriend Shalabh Dang are getting married in February next year. Yes, it's official! The actress herself revealed the wedding date through an adorable post on social media on Thursday. Kamya posted a loved-up picture of herself and Shalabh on Instagram and gave her fans the good news like this: "So here I am with my favourite picture with my favourite man announcing my favourite date - February 10, 2020. Bless us for this new journey and new beginnings." Kamya Panjabi will marry Shalabh in the same month she met him this year. For those who don't know, the television actress, who was previously married to businessman Bunty Negi, met Shalabh Dang through a friend in February this year and the latter proposed her after a month-and-a-half.

But before anything else, take a look at Kamya Panjabi's post here:

Kamya contacted Shalabh in February for some "health woes" she was facing. However, the couple instantly hit it off and the rest is history. In an interview to Bombay Times, Kamya said: "We got chatting and in a month-and-a-half he proposed." Kamya, who was married to Bunty Negi for 10 years, stated that she "took her time" to take the decision about her second wedding. "It was a huge deal for me and hence, I took my time to think about it. Following a failed marriage and a few heartbreaks, I had almost turned averse to the idea of getting married and falling in love," she told the publication. Kamya Panjabi and Bunty Negi got divorced in the year 2013.