This Is When Hrithik Roshan's Cousin Pashmina May Debut In Bollywood: Reports

After studying at Barry John's acting school in Mumbai, Pashmina featured in the theatre production of The Importance Of Being Earnest. 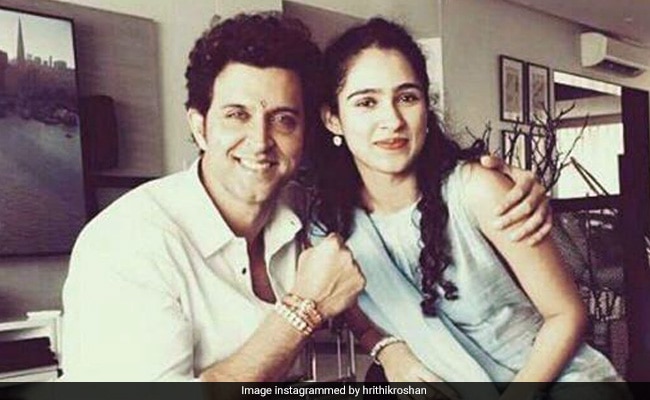 Actor Hrithik Roshan's cousin Pashmina, daughter of music composer Rajesh Roshan, has set her eyes on 2020 for her Bollywood debut, a Mumbai Mirror report stated. Unlike Hrithik, Pashmina will be launched in the film industry a big banner instead of her family (Hrithik's Bollywood journey started with Kaho Naa... Pyaar Hai, which was directed by his father Rakesh Roshan). A source told Mumbai Mirror that Hrithik is quite excited about his sister's Bollywood debut and the Super 30 star is also mentoring her. "Hrithik's really excited and (he) has been personally guiding and mentoring Pashmina," a source was quoted as saying.

The source also told Mumbai Mirror that Pashmina Roshan is an accomplished theatre artiste and last year, she featured in the theatre production of The Importance Of Being Earnest by Jeff Goldberg. Apart from her stint in theatre, Pashmina Roshan has completed a six-month course from Barry John's acting school in Mumbai.

Pashmina is the daughter of music composer Rajesh Roshan and Kanchan, who are also parents to son Eshaan Roshan. Rajesh Roshan has composed music for several Bollywood films and he frequently collaborates with his brother Rakesh Roshan.

Meanwhile, Hrithik Roshan was last seen in blockbuster War, which has collected over Rs 300 crore at the Indian box office to become 2019's top earning Bollywood film. Hrithik hasn't announced his next project yet.