This is What Varun Dhawan Did When John's Desi Boyz Released 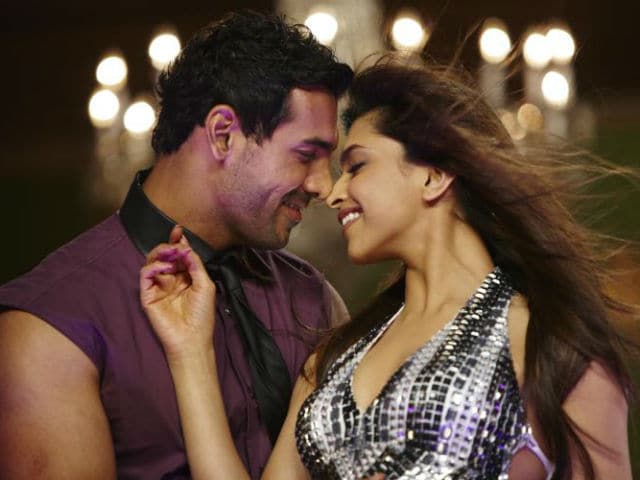 A still from Desi Boyz.

Mumbai: Actor Varun Dhawan said that he was quite emotional while filming Dishoom as the film has been directed by his brother Rohit.

"For me, it was honestly very emotional. He (Rohit) is my brother and John (Abraham) is my hero in real life. I still remember when Desi Boyz had released, I went to every theatre trying to see what the audience reaction was," said Varun.

"I am proud that it is his madness that has made this film work and that's what you see on screen. That's all him," added Rohit. For his role as a cop from UAE in the film, Varun learnt Arabic to get the nuances right.

"The most important preparation was for my role as I am playing a cop based in UAE, Abu Dhabi. I had to learn a little Arabic. There is a portion in the film in which we show how cops speak over there. It is very different from the cops in Mumbai," said Varun.

Although it was emotional for Varun to work in the film, Rohit said that on the set the brothers were strictly professional.

"Emotions are only at home. While shooting, we were extremely professional in the capacity of an actor and director. Varun is an extremely hardworking, hungry actor, who wants to give his best," said Rohit.

Dishoom, which is scheduled to release on July 29, also stars actor Akshaye Khanna, who will make his comeback after four years.

Rohit said that Akshaye has a "great understanding" of scripts.

"In my limited experience of two films, it has been my absolute pleasure to direct an actor like Akshaye Khanna. I don't think there is anyone else who has such great understanding of material," said Rohit.