This Is Amitabh Bachchan's Granddaughter Navya's Reply to His Letter 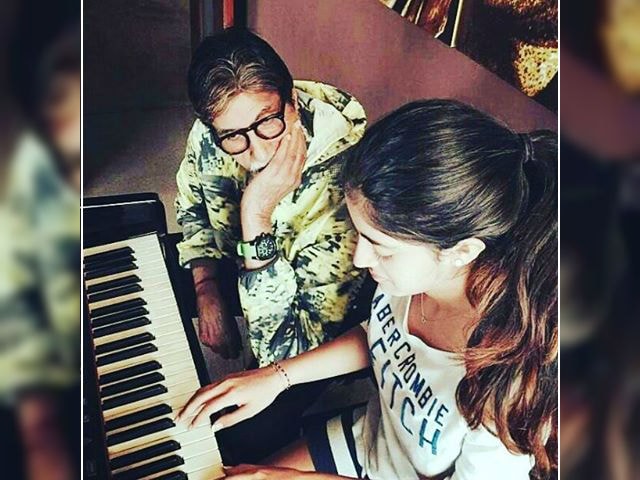 Mumbai: Megastar Amitabh Bachchan, who recently wrote a letter to his granddaughters Navya Naveli Nanda and Aaradhya, says the note captured the essence of his film Pink and he feels it worked as a good promotional device for the movie.

In his letter, the 73-year-old actor imparted valuable life lessons to his granddaughters. Talking about the letter at an event, Mr Bachchan said: "There were a lot of questions that was asked as to why I wrote that letter. I was asked if this was a deliberate promotional technique."

"You can look at it the way you want to. Let me tell you how we arrived at it. We were promoting the film but there were many interviews that we did and each one wanted to know what Pink is. We were unable to describe the content of the story without disclosing the story line because it was a thriller," he added.


"Shoojit (co-producer Shoojit Sircar) said then why don't we take the essence of the film and put it in the form of a letter and why don't you write it to your granddaughters. It will be a nice gesture and it will be something that we will be able to convey to the audience without revealing the story. So what you saw in the letter was the essence of Pink," said Big B.

He feels it served the purpose.

"I got an immediate reaction from Navya and she said, 'Nanu, I will exactly follow this'. My daughter said, 'I have been trying to teach Navya for so many years and just through one letter, you have conveyed what I wanted to for so many years'. That had an immediate impact," said Mr Bachchan.

Promoted
Listen to the latest songs, only on JioSaavn.com
Pink, which released on Friday, has garnered a positive response at the box office. It raises questions on the stigmas and stereotypes attached to women.