This Dishoom Song With Varun is Parineeti's Dhamakedar Return to Screen 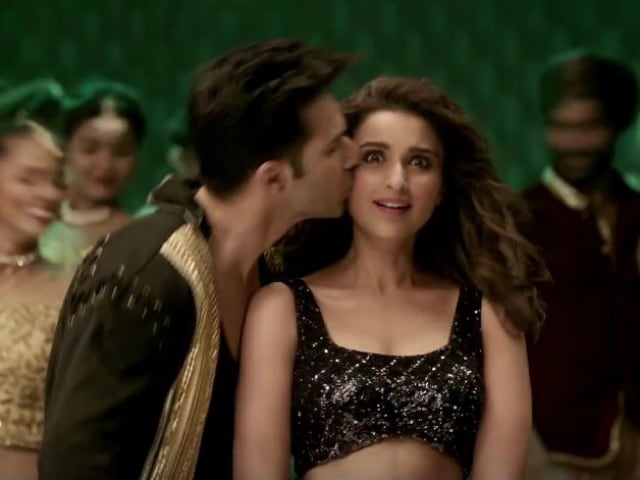 A still from the video of Jaaneman Aah.

New Delhi: After much teasing, Dishoom finally presented its dhamakedar dance number, starring actors Parineeti Chopra and Varun Dhawan on Tuesday. Parineeti, who spent all of last year working on her new toned physique, makes a comeback of sorts with the song, titled Jaaneman Aah. She was last seen in 2014's Kill Dil.

Parineeti and Varun flirt their way through the song and match each other step for step. Choreographed by Ahmed Khan, Parineeti's electrifying performance is as good (if not better) as Varun's dabangg dance moves. After an entertaining 2.17 minutes, Varun and Parineeti seal the song with a kiss (quite literally).

Buckle up. Parineeti and Varun will have you glued to the screen.

Composed by Pritam and with lyrics by Mayur Puri, Jaaneman Aah has been sung by Antara Mitra and Aman Trikha.

Dishoom also stars Jacqueline Fernandez and John Abraham in lead roles while Akshaye Khanna, also returning to screen after a while, plays the antagonist. This is the first time Varun is collaborating with his brother, Rohit Dhawan, who directs the film. The action-comedy releases on July 29.