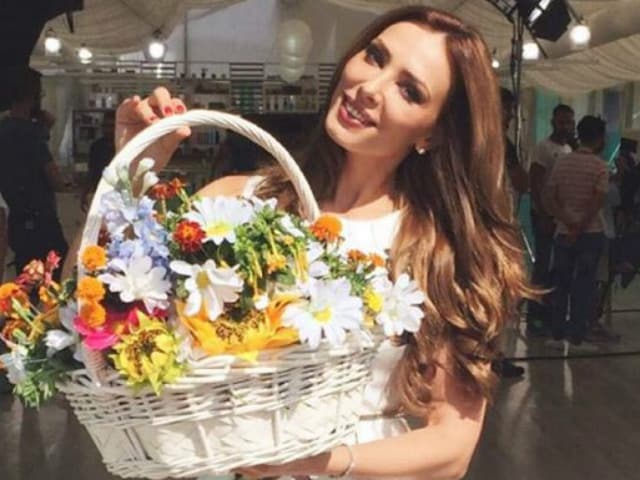 New Delhi: Bollywood superstar Salman Khan has successfully infused a strong dose of his unique style in rumoured girlfriend Iulia Vantur, who has been acting very Salman-like these days.

Recently, Ilulia was also spotted with Salman, in the actor's moustachioed Sultan look in a picture shared by television personality Mini Mathur:

Helping Bhaijaan moustache up for #sultan

The Romanian television actress was majorly inspired by the song Teri Meri Prem Kahani from Salman's 2011 movie Bodyguard and sang a Christmas carol in its tune. Audience was her family, on the other end of a video call:

Ilulia also featured in a few frames from Salman's blockbuster birthday party, one of which she photobombed:

Grapevine has it that the duo have been dating for a long time now, but neither of them have addressed the speculations so far. However, Iulia is a frequent attendee at the Khandaan's gatherings.

She has also featured in an item number in Salman's brother-in-law Atul Agnihotri's 2014 movie O Teri.

Meanwhile, Salman is busy filming Sultan, which releases on Eid 2016.