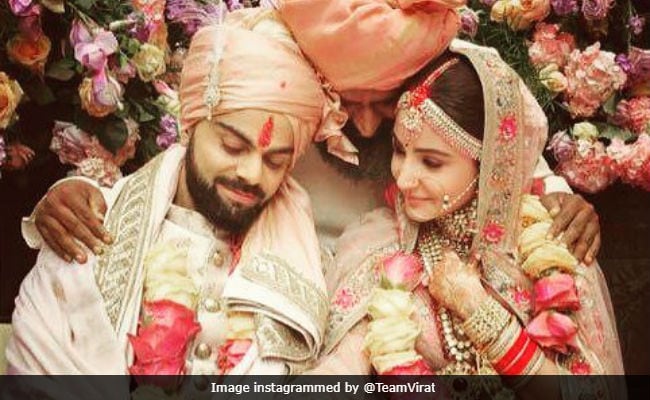 New Delhi: The wedding of the year was a year in planning, reports mid-day. Anushka Sharma and Virat Kohli married in Italy on Monday and they may have gotten engaged last year in November when they were spotted at an Uttarakhand temple (the couple denied it then). Anushka and Virat managed to keep the wedding secret from last November up until last week when the press nosed it out and the actress was pictured flying out of Mumbai airport en famille. Post-wedding, mid-day has rounded up Anushka Sharma and Virat Kohli's secret-keepers - the wedding dream team, a bunch of event managers, coordinators, designers and photographers whom the couple hired personally.

Devika Narain came with extensive experience. "She does everything, from consultation to styling and designing the wedding, planning the menu and thinking entertainment ideas and wedding gifts. Since she had the experience of organising weddings across the world (she had helmed events in Mauritius, Thailand and Bali), she was considered the perfect choice for this occasion," a source told mid-day.

After Virat and Anushka posted pictures from their wedding on social media with a joint statement, Devika posted on the company's Facebook page: "We're overwhelmed to have been chosen to be a part of such a special day. It means a lot to us to have had their trust, not just in keeping all of this a secret but to create a setting for their big day."

Joseph Radhik shared a photograph of Virat and Anushka, captioning it: "It was an honor to be a guest at your wedding and a privilege to photograph it. Thank you. The past week has been one where Joseph Radhik, Noel David and Shivali Chopra and Devika Narain have been mouthshut and we can finally talk about it now. Whew. Thank God. What a year."

Congratulations @virat.kohli and @anushkasharma !!! It was an honor to be a guest at your wedding and a privilege to photograph it. Thank you. The past week has been one where @josephradhik, @noeldavidraj and @shivalichopra and @naraindevika have been mouthshut and we can finally talk about it now!!! Whew. Thank God. What a year. Shot by @josephradhik, designed by @naraindevika, filmed by @theweddingfilmer and managed by @shaadisquad !! #virushka #viratanushka

And then there was designer Sabyasachi Mukherjee, who was in-charge of Virat and Anushka's wedding wardrobe. Anushka was often spotted at Sabyasachi's office in the days leading up to her wedding, which also fueled the wedding rumours. Sabyasachi told news agency IANS that it was 'a delight' to work with Anushka and Virat and added: "We designed the clothes for both, bride and groom for all the functions. From the engagement to the mehendi and sangeet, for the wedding and post-wedding dinner too."

Promoted
Listen to the latest songs, only on JioSaavn.com
Congratulations, Anushka Sharma and Virat Kohli.