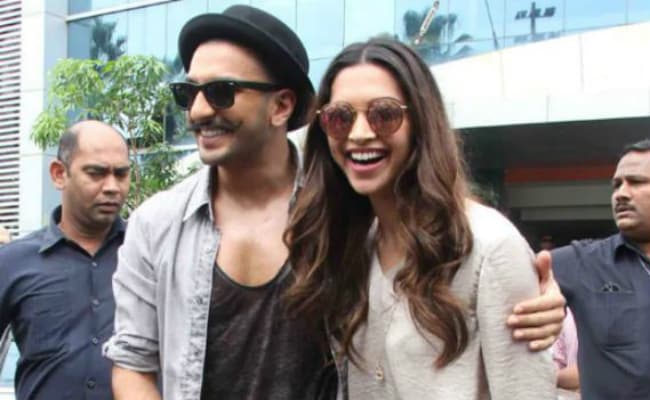 Looks like Deepika Padukone and Ranveer Singh have taken the no-photos policy a bit too seriously for their wedding. Deepika and Ranveer's South Indian wedding concluded on Wednesday morning but no photos of the newly-weds have been shared on social media yet. In the history of recent celebrity weddings, social media has never worked so hard as they are doing to catch a glimpse of the new bride and the groom. While fans on twitter have set tags such as 'DeepikaWedsRanveer' and 'DeepVeerKiShaadi' and 'DeepVeerWedding' trending, Union Minister Smriti Irani has aptly described how the wait for the first pictures of the couple seem a never-ending one.

Smriti Irani, who has a reputation for her hilarious posts on social media, zeroed in on a photo of a skeleton to say this: "When you have waited for Deep-Veer wedding pics for too longgggg." You see the extra 'g's? LOL.

#when you have waited for #deepveer #wedding #pics for too longgggg

Here's are few glimpses of #DeepVeerKiShaadi from what fan-clubs have shared:

The close-knit wedding, which includes a guest list of 45 names, is so much of a private affair that singer Harshdeep Kaur, who is performing at the wedding functions, had to take down her tweet today. It is reported that Deepika and Ranveer want to release the first pictures of their wedding on their own social media accounts. Deepika's sister Anisha Padukone, complying with the no-photo police, updated her Instagram bio as "ladkiwale." So sweet. Meanwhile, fan-clubs have curated these images.

A video shared by ANI, who shared the news of Deepika and Ranveer's 'married' status, also tweeted a video of the wedding guests escorting the newly-weds to the boat. Ranveer and Deepika's wedding functions are being held at Villa del Balbianello on Lake Como. Deepika and Ranveer appeared to be hiding their faces behind huge umbrellas.