The Virtues of Being 007. #SanskariJamesBond Trends Again 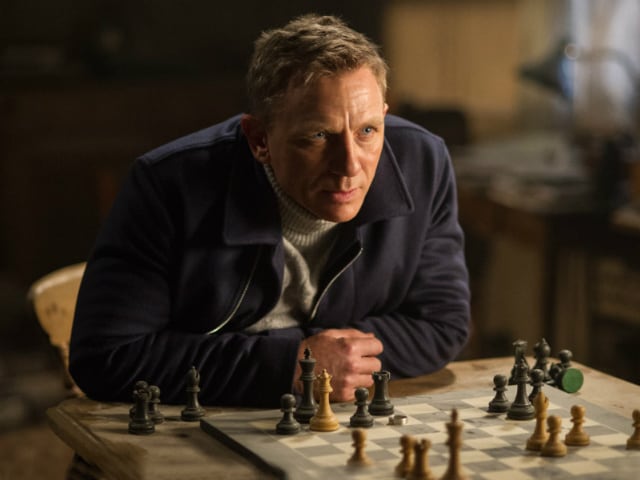 New Delhi: The name is Bond, James Bond and he's having to do things desi-style in India. SPECTRE releases here, nearly a month after it opened in UK, amid a spiraling storm at the eye of which is the Censor Board. The film, rated UA, has had its kissing scenes chopped by half on the Censor's orders, triggering not only a chain reaction of jokes on Twitter but also public criticism of Censor chief Pahlaj Nihalani by Board member Ashoke Pandit.

On Friday, #SanskariJamesBond was trending again, two days after it first created a traffic jam on Twitter. Some of the latest jokes:

Not happy with just cuts in the movie, they want to rename SPECTre to reSPECT! #SanskariJamesBond

Pahlaj Nihalani denied responsibility for the newly virtuous 007, telling NDTV via telephone, "I have nothing to say on the matter. The film has already been passed with the cuts. I have a say in the matter only when there's a problem. The file has not come to me." (Also Read: James Bondji, Having Trouble Being Sanskari? Twitter Has Top Tips)

Despite his disclaimer, Censor Board member Ashoke Pandit criticized Mr Nihalani in a series of tweets.

#PahlajNihalani has always functioned on his own accord and I don't subscribe to his curtailing of creative rights. #JamesBond#CBFC

#Spectre is an internationally applauded film, bt again #PahalajNihalani messes it up by shading it with his own thought process. #JamesBond

#PahalajNihalani as the Chairman of #CBFC can't behave like an official spokesperson of a political party. #JamesBond#Spectre

Never saw the signature of the Chairman on the Censor Certificates. But #PahalajNihalani makes it a point to do that. #JamesBond#CBFC

'I will see the film, I will give the cuts, I will listen 2 appeals, I will reject or approve the film' is #PahalajNihalani's mantra. #CBFC

The Pahlaj Nihalani-led Censor Board has long been fractured by his allegedly autocratic methods. In March, Minister of State for Information and Broadcasting Rajyavardhan Rathore intervened after revolt in the ranks, holding separate meetings with both the disgruntled members of the Censor Board as well as a delegation of producers, directors and actors from Bollywood.