The True Story Of House Of Gucci: An Ex-Wife, A Hitman, A Sensational Murder 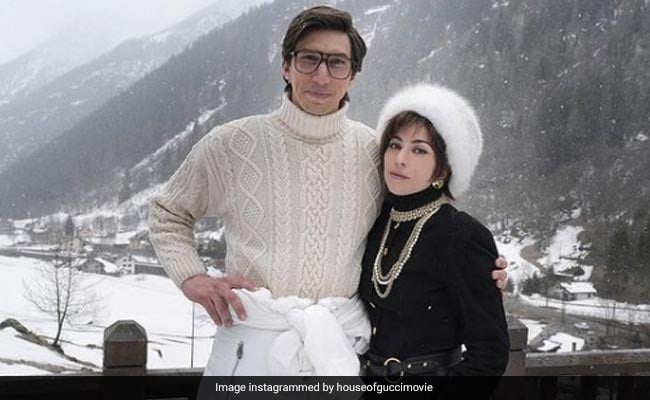 A still from House Of Gucci. (courtesy houseofguccimovie)

The much-awaited movie, House of Gucci, is finally here. The film, directed by Ridley Scott, hit the theatres on November 24 in the US. The movie, featuring Lady Gaga as Patrizia Reggiani and Adam Driver as Maurizio Gucci, narrates the tale of fashion's “Black Widow” and the Gucci family. And, how Patrizia Reggiani ended up murdering her ex-husband Maurizio Gucci. With Ridley Scott's masterpiece making its way to the top trends on social media, let's take a look at the true story behind the “House Of Gucci”. Just a reminder before we dive into the story - the film is based on the book The House of Gucci: A Sensational Story of Murder, Madness, Glamour, and Greed by Sara Gay Forden.

As per Forden, things turned upside down for the Gucci family after the death of Rodolfo Gucci in 1983. He had left a majority stake for his son Maurizio Gucci, whose never-ending expenses forced him to sell 50 percent of the company to the investors. Forden, who interviewed Patrizia Reggiani during the dark times in the Gucci family, had described her conversation as “pure vitriol”.

“Patrizia was in a phase where she was worried that Maurizio was going to lose the company. She attacked him up and down. It was pretty intense,” Forden was quoted as saying by Elle.

So who was Patrizia Reggiani? And, how did she meet Maurizio Gucci? Patrizia Reggiani, who was frequently compared to Elizabeth Taylor, spotted him at a party in the 70s. Many say it was love at first sight for Maurizio Gucci, one of the most eligible bachelors at that time. In Forden's words, “Maurizio was crazy about her from the start.”

Love bloomed and the two decided to exchange rings after a courtship period of two years. Well, the Gucci family was not happy with the union. And, they tried to convince Maurizio Gucci to end things with Patrizia Reggiani. But nothing could stop the pair from getting married. They took the vows in 1972. The initial years went really well. Things started to take a turn for the worse post-Rodolfo Gucci's death. This was the time when Maurizio Gucci took over the family business. According to Patrizia Reggiani, her husband was a changed man with a “big ego”. He wanted to do things his way without any interference. In 1985, Maurizio Gucci walked out of the marriage.

Then came the day, which sent shock waves through the fashion industry. Maurizio Gucci was murdered. He was 46. Multiple shots were fired at him outside his Milan office. The incident took place on March 27, 1995. Officials were probing the matter but nobody was arrested. All the leads were taking them to dead ends until an anonymous call pointed fingers at Patrizia Reggiani. Carmine Gallo, a police officer at that time, who spoke to the person, told Guardian, “Until then, I only knew about the Gucci case through the newspapers. It was difficult to believe what this person was saying, but I was curious.”

After going through the case files and the tip, police arrested Patrizia Reggiani in 1997. It was during the trial period, she was referred to as “Black Widow” by the media. She was sentenced to 29 years of imprisonment.

In 2016, Patrizia Reggiani was released from jail on the account of good behaviour. Right now, she lives in Milan.

In Twitter Thread On Most Confusing Film, This Director Popped Up Often - Easy Guess