Vidyut Jammwal just sent the Internet into a meltdown 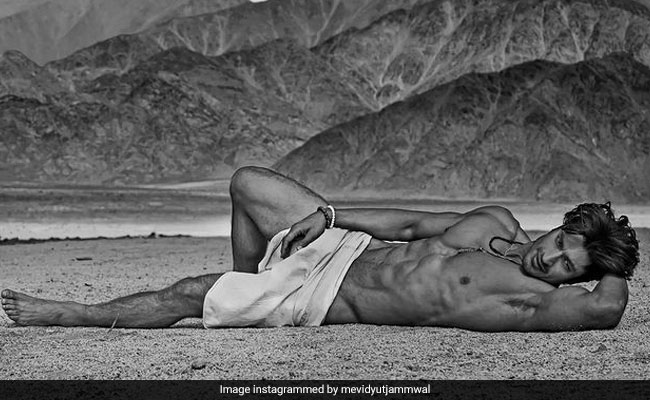 Actor Vidyut Jammwal, on Tuesday, thanked his fans who have been following him on Instagram in the most amazing way. Vidyut shared some very stunning pictures of himself and no, they aren't new. In fact, the exotic pictures marked Vidyut's initial Instagram posts when he joined the platform. The monochrome pictures feature Vidyut Jammwal posing shirtless somewhere in the Himalayas. He can be seen posing on the ground as the mountains form the amazing background of his pictures. In the pictures, we got a glimpse of Vidyut's perfectly built abs. Sharing the pictures on Instagram, Vidyut thanked "everyone who joined" him on Instagram. "Thanking everyone who joined me with my 1st insta post (above)... till today," he wrote in the caption of the post.

Vidyut's post prompted scores of comments from his fans on the platform. "U look great," a fan commented on the post, while most others dropped fire emojis in the comments section.

Vidyut Jammwal joined Instagram in September 2016. He shared the aforementioned three pictures as his first three Instagram posts over a couple of days in September 2016. The pictures are from Vidyut's 'Surrendering to The Himalayas' series. "Finally, here on Insta. But I've something really interesting coming up for you all. Stay tuned," he wrote in the caption of his first Instagram post.

Here are the rest of the posts from the series:

Besides his work, Vidyut is known for his well built physique which serves as a motivation for a lot of his fans. He never fails to keep his fans updated about his personal and professional life through his social media posts. Recently, Vidyut announced that he began shooting for the sequel to his hit 2020 film Khuda Haafiz. He shared a picture of himself and the rest of the team of the film on Instagram and wrote: "Thanking everyone who joined me with my 1st insta post (Above)... till today."

Vidyut began his career in Bollywood in 2011 with the film Force. He later appeared in films like Commando, Commando 2 and Baadshaho. He was last seen in action-thriller The Power.