The Struggle Is Real: Renee Sen Is "Torn Between" Work Out And Pizza

Wondering what Renee Sen is thinking about in the photo? All we can tell you is there's pizza on her mind 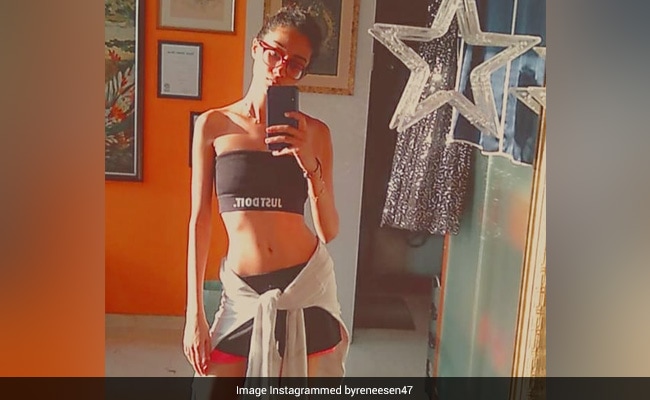 It is as if actress Renee Sen read our minds. Sushmita Sen's daughter Renee recently shared a mirror selfie on Instagram with a rather relatable caption. In the photo, Renee can be seen posing in black athleisure - it appears she is yet to start her exercise session and is weighing the pros and cons of certain choices. The caption of Renee's photo basically sums up what all of us go through every single day. Wondering what Renee Sen is thinking about in the photo? All we can tell you is there's pizza on her mind. "Torn between work out and pizza," she captioned her post with emojis. We get you, Renee.

The struggle is real:

Renee Sen is a fitness enthusiast just like her mom Sushmita Sen. Renee often features in work out videos posted by Sushmita on her Instagram.

Earlier this year, Renee Sen participated in an interactive session with fans on Instagram and trended a great deal for her heart-warming answer when asked about her "real mother." Responding to a fan who asked: "Do you know who your real mother is?" Renee, along with the red heart, replied in these words: "I'm born to my mother's heart. This is as real as it gets." Sushmita adopted Renee in 2000 while Alisah joined the family in 2010.

Renee Sen made her acting debut with a short film titled Suttabaazi by director Kabeer Khurana, which released last year. Renee made a promising acting debut with her performance as a teenage rebel, struggling to deal with her parents during the lockdown.