The Second Trailer Of Tanhaji: The Unsung Warrior To Release Today

Tanhaji: The Unsung Warrior - The period drama has been directed by Om Raut 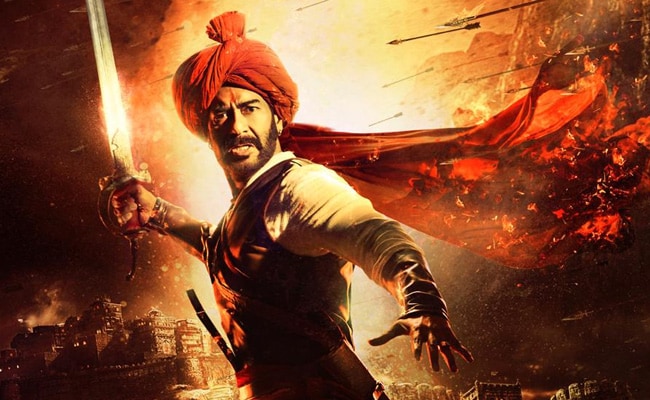 A man who kept his soil before him, Tanhaji Malusare inspires the nation with his extraordinary journey which made him part of the pages of history. The magnum opus Tanhaji: The Unsung Warrior is encapsulating one of the brave wars' of the Marathas and that of the life of Tanhaji which changed the map of the country.

The visual extravaganza Tanhaji: The Unsung Warrior, also in 3D, shares various facets of Tanhaji's life and his win against the Mughals. The first trailer which received a lot of accolades kept everyone excited to watch this great spectacle. The marvelous visuals and the gripping storyline has got the audiences asking for more. On special demand, the makers have created a second trailer to give a little more glimpse of the epic saga. The second trailer of the film will be out today.

Tanhaji : The Unsung Warrior, starring Ajay Devgn, has been produced by Ajay Devgn's ADF and Bhushan Kumar's T-Series. It has been directed by Om Raut and it will release on January 10, 2020.