The Salman Effect: Sonam Expects 'Ridiculous Figures' For Next Film 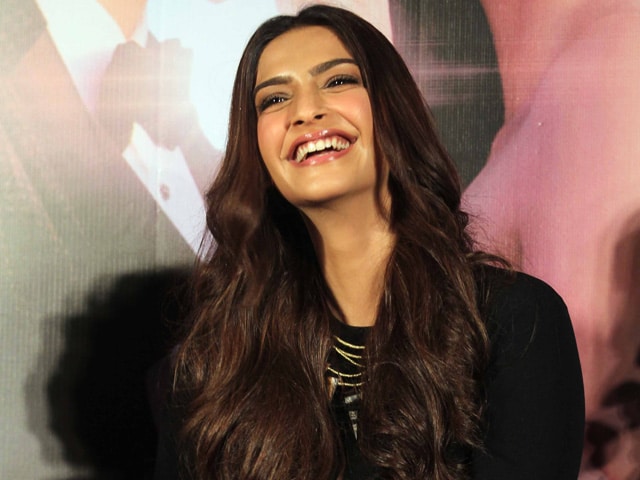 Sonam Kapoor at an event in Mumbai.

Mumbai: Actress Sonam Kapoor, who would be seen opposite Salman Khan in Prem Ratan Dhan Payo feels that the presence of the Dabangg actor will ensure a good opening at box office.

Directed by Sooraj Barjatya, Prem Ratan Dhan Payo will see Salman and Sonam in leading roles in the family drama, which is set to be released around this Diwali.

When asked whether Prem Ratan Dhan Payo will make Rs 100 crore at the box office, Sonam said: "I don't even remember what numbers my films do because I really don't think about it too much. I think one film Raanjhanaa and then Bhaag Milkha Bhaag has made Rs 100 crores."

"The film stars Salman Khan and I am sure it's going to open (with) ridiculous figures. But you hope it does well for the producers. And I am doing another film with Fox, so it better do well. I work really hard (for the films I do)," she added.

Sonam is also reportedly a part of the Hindi version of Hollywood hit The Fault in Our Stars, which will be directed by Homi Adajania. Deepika Padukone's name had also reportedly cropped up for the role in the film. (Also Read: Sonam Kapoor is 'Not Interested in Competing' With You or 'Anyone' Else)

"I guess you are talking about some other actress, why do people get confused. For now I am doing just two films. They are Prem Ratan Dhaan Payo and a film on Neeraja Bhanot, both are with Fox. So I am set for the next one year at least, after that God knows," she said. (Also Read: Why Hrithik Roshan and Sonam Kapoor Want to Work Together in a Movie)

Neerja Bhanot is an upcoming biographical film directed by Ram Madhvani, wherein Sonam will be playing the role of the late senior flight attendant who saved 360 lives on Pan Am flight when it was hijacked in Karachi in 1986.

Neerja, at 23, became the youngest and first woman recipient of the prestigious 'Ashok Chakra' award.