Mr Bachchan has inspired generations with his acting prowess but he revealed that direction is probably his weakness. 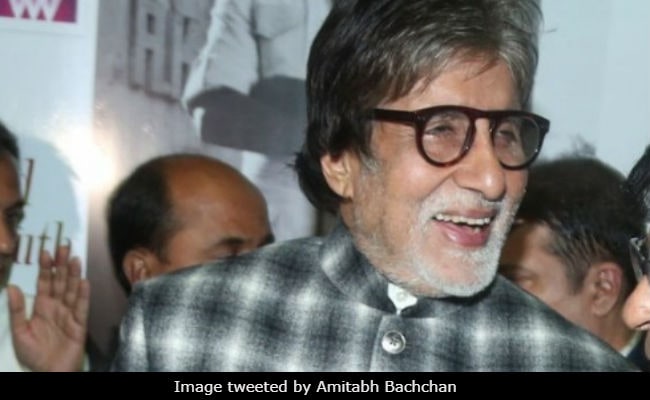 New Delhi: Amitabh Bachchan might have wooed audiences with his impeccable acting talent and singing skills, but direction is something the actor says he will never be able to do. Mr Bachchan has inspired generations with his acting prowess but he revealed that direction is probably his weakness. "I don't know direction and I'll never be able to do that, Mr Bachchan told IANS. The 75-year-old actor said that he has never been able to figure out what goes through a director's mind when he places his camera in a certain direction. "Actually that's a question, I always wanted to know why and what goes through a director's mind when he has to place a camera in a particular angle and position," the actor further told IANS.

Promoted
Listen to the latest songs, only on JioSaavn.com
Amitabh Bachchan's recently released film 102 Not Out has been receiving immense appreciation and continues to do a good business at the box office. Mr Bachchan has been a part of the industry for more than 49 years now but the actor said that he is still in 'fear' before the release of his new film. "It's always a fear. Much before the film's actual release that's what we talk about. What is going to happen? How many theatres? How much do we expect? Are they going to accept the film?" the actor said. For 102 Not Out, Mr Bachchan has collaborated with Rishi Kapoor after the span of 27 years. Ajooba, which released in 1991, was their last association.

Amitabh Bachchan will next be seen in Viay Krishna Acharya's Thugs of Hiundostan followed by Ayan Mukherji's triology Brahmastra which stars Alia Bhatt and Ranbir Kapoor.