The One Thing Ranbir Kapoor Hates (and Likes) About Anushka Sharma 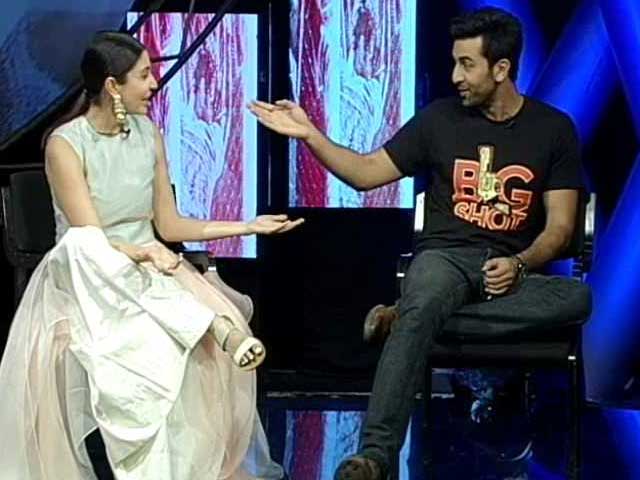 New Delhi: Actors Ranbir Kapoor and Anushka Sharma fall for each other in director Anurag Kashyap's Bombay Velvet, but you'd never know it from what they had to say about each other in an interview to NDTV.

This was Ranbir on what he likes about Anushka: "She's weird in a good way. She's really eccentric, you know. She's not normal. I still don't know if she's trying to be or if she really is but she seems like she's actually PK." (Aside - Anushka: "What the hell do you mean?" Ranbir: "You were going to abuse just now")

Being compared to an endearing but definitely peculiar alien might not sound like a compliment to most, but that was Ranbir being nice about his co-star.

And this was Ranbir on what he doesn't like about the NH10 actress: "And the one thing I hate about Anushka is that she's really weird."

Umm, so he hates her like he loves her?

Promoted
Listen to the latest songs, only on JioSaavn.com
Anushka, for her part, said that what she likes the fact that Ranbir doesn't take his stardom very seriously. And this here is what makes her want to hit him: