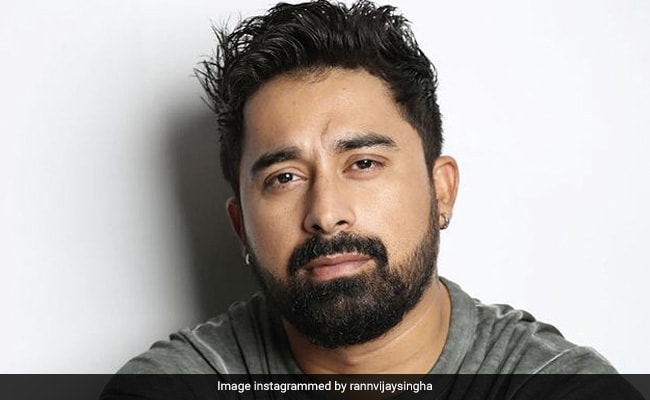 Rannvijay Singh is a TV host and an actor. (Image courtesy: @rannvijaysingha)

Rannvijay Singh, who will be hosting the upcoming season of MTV Splitsvilla soon, has tested negative for COVID-19, he revealed it on social media. On Wednesday, Rannvijay posted a video of himself on Instagram in which he can be seen meeting his family. In the clip, COVID-negative Rannvijay hugs his mom and brother after entering his house. Rannvijay also wrote a note in his caption in which the Mismatched actor shared that he had tested positive for COVID-19 in April. Rannvijay added that he took all the necessary steps and had "most" of the symptoms.

"Family and friends are the real treasures of life, tell them how much you love them and appreciate them whenever u get a chance. Now it's time to rebuild," read an excerpt from his post.

Rannvijay wrote, "I had Covid last month. I took all the necessary steps that were supposed to be taken and I was isolated for 19 days. I had most symptoms except that my taste and smell didn't go. Thanks to the doctors, family and friends for their advice and prayers. This was the day I tested Negative and met my mom and brother..."

He also urged people to stay indoors and get vaccinated. "I urge everyone to be safe and stay indoors. Get the Vaccine as soon as you can," his caption read.

In terms of work, Rannvijay Singh is a TV host and an actor. Rannvijay appeared as a contestant on MTV Roadies: Season 1 in 2003. Rannvijay won the show back then. He has been hosting MTV Roadies from its second season to now. Rannvijay last hosted MTV Roadies Revolution this year. Apart from MTV Roadies, Rannvijay also hosts MTV Splitsvilla. He is now gearing up for its thirteenth season.

Rannvijay has acted in films like London Dreams, Action Replayy and Taur Mittran Di. He has also worked in web series like Forbidden Love and Mismatched.

Rannvijay Singh married Priyanka Vohra in 2014. Rannvijay and Priyanka welcomed their daughter Kainaat in 2017. The couple is now expecting their second child.

Sidharth Shukla's Last Co-Star Sonia Rathee Writes, "You Had A Heart Of Gold"