The Little Fairy In This Pic Is Now 64. Any Guesses Who The Actress Is?

"Some of my childhood memories," wrote the actress 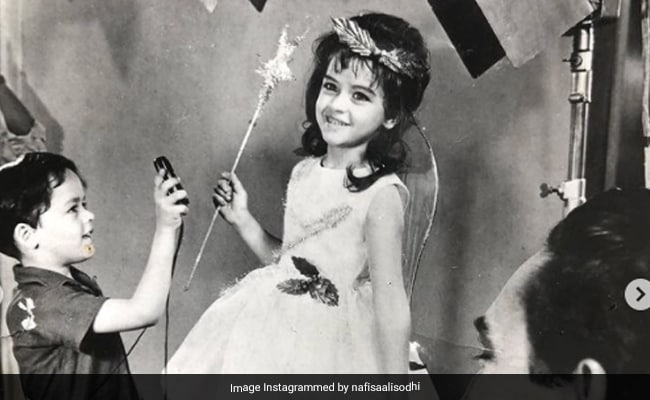 Nafisa Ali has always been a vision. The former beauty queen, 64, who boasts of an enviable collection of throwbacks, blessed our Instagram feeds with multiple pictures and they all have two things in common - they all happen to be from her childhood days and that she looks cute beyond reckoning. In her caption, the veteran actress revealed that all the pictures were clicked by her father. The greyscale throwbacks feature Nafisa Ali right from when she was an infant to days of her school. Our favourite is the one that features little Nafisa Ali dressed as a fairy. "Some of my childhood memories.... Old photos taken by my Dad," she wrote and added the hashtags #oldphoto#photography and #portraitphotography.

The actress loves to share throwback pictures from the good, old days. See some of them here:

The actress, who stays in Goa with her family, frequently shares posts from her life there. Bonus - Sometimes we get access to Lucky Ali's jam-sessions. See some of her posts here:

Nafisa Ali was the second runner-up at Miss International 1976 that was held in Tokyo, Japan in 1976. The actress, who is also a swimming champion, made her film debut with Shyam Benegal's 1978 film Junoon. She later featured in films like Major Saab, Life In A... Metro and Yamla Pagla Deewana. She also starred in a Malayalam film called Big B in 2007 with Mammootty.