The Internet Thinks It Has Found Sridevi's Lookalike 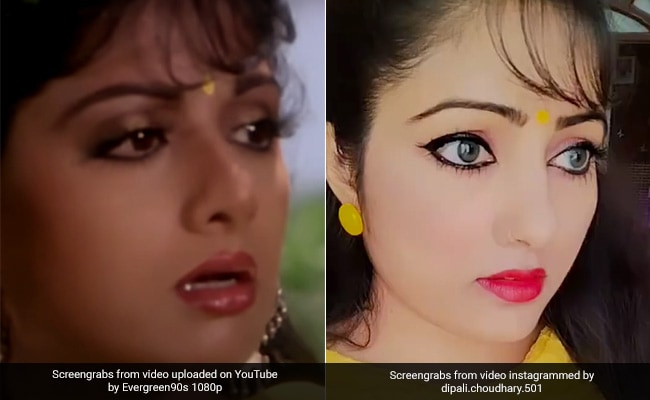 An actress named Dipali Choudhary started trending big time on social media, after a section of the Internet pointed out that she has a resemblance to late actress Sridevi. Several Instagram users chanced upon pictures of the legendary actress' so-called doppelganger. Dipali Choudhary describes herself as a "Haryanvi actress" on her unverified Instagram profile. The comments section of her posts were filled up with comments from Instagram users. "Ekdam se look like Sridevi ji," read a comment. "She resembles Sridevi Ma'am," added another. "Aap same shridev jaisi lagti ho," read another comment.

Dipali often recreates iconic scenes and dialogues of Sridevi on her Instagram Reels. See some of the posts here:

Janhvi and Khushi are Sridevi and Boney Kapoor's daughters. Janhvi Kapoor made her Bollywood debut with Dhadak in 2018 and has starred in several projects since then. Khushi studies in New York and aspires to be an actress like her sister.