The Dress That the Internet Hated? Sonam Kapoor 'Felt Like a Princess' in it 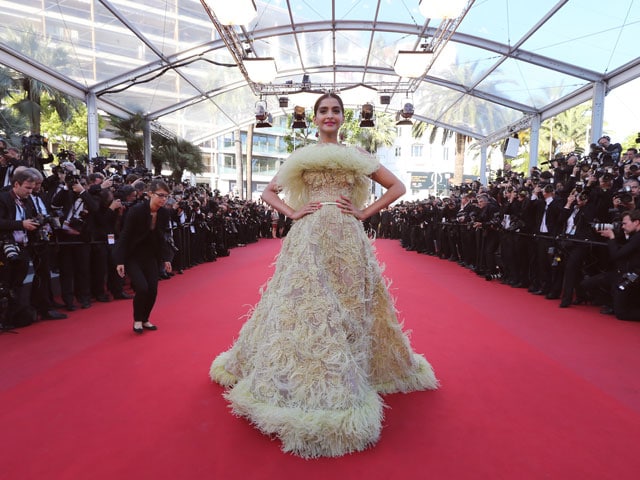 Sonam Kapoor at the screening of Inside Out in Cannes on May 18. Image courtesy: AFP

New Delhi: Almost everyone agrees that actress Sonam Kapoor's usually bang-on flair for fashion was temporarily absent when she made her final red carpet appearance at Cannes this year in a giant furry Elie Saab dress - and will also likely agree that she has a sense of humour about it.

She also 'felt like a princess' in the rather hairy-looking ballgown the colour of lime.

This is hilarious.. photo credit mtvindia P. S. I felt like a princess just so you know!

The 'princess'-ey ensemble was received with instant and unanimous revulsion on Twitter when Sonam wore it to the screening of Inside Out on May 18. It was compared to Big Bird from Sesame Street, Cousin Itt from The Addams Family, grass, a stack of hay and even the Khoobsurat actress' father Anil Kapoor, who has a reputation for hirsuteness. Sonam, who has Prem Ratan Dhan Payo with Salman Khan out later this year, represented L'Oreal for the fifth year at the Cannes Film Festival which concluded last weekend.