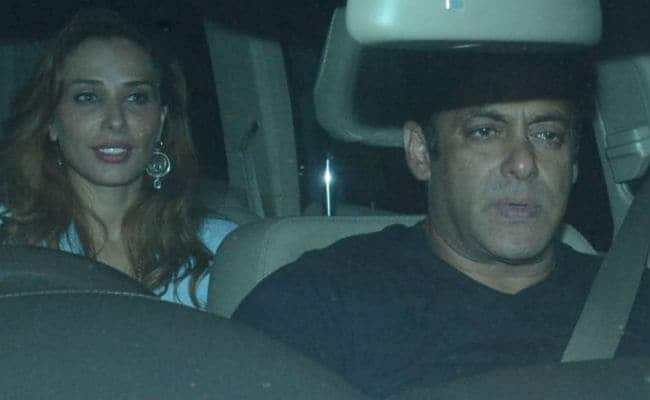 "Just enjoy yourself and do it," was superstar Salman Khan's advice to Iulia Vantur, who is going to make her Bollywood debut with Radha Kyon Gori Main Kyon Kaala next year. Salman was rumoured to be dating Iulia. However, their current relationship status is not known. Iulia revealed what Salman told her in an interview to Mumbai Mirror and also added that he is always ready to help others. "Salman's life is dedicated to help others. He helps people through his foundation and any other way possible. Even when people don't come to ask for help - he will sense (it). He will come to give that help," she added.

Iulia is a Romanian TV presenter, who debuted as a singer in the Hindi film industry some months ago. Salman, 52, had also roped in Iulia to sing a song for his last-released film Race 3.

Iulia's Radha Kyon Gori Main Kyon Kaala reportedly stars her as devotee of Lord Krishna. The film, which is directed by Prem R Soni, is expected to hit the screens in May 2019. A few days ago, Salman shared the poster of the film, featuring Iulia, and wished the team and her good luck.

Wishing the team of "Radha Kyon Gori Main Kyon Kaala" all the best and all the success! @vanturiulia

Salman is often photographed with Iulia Vantur at several of his family parties and festivals. Just a month ago, the cameras spotted her at Salman's sister Arpita's Ganesh Chaturthi puja.

Meanwhile, on the work front, Salman Khan is currently busy with his work-in-progress film Bharat, which stars Katrina Kaif.

Bharat is 2019's Eid release and is directed by Ali Abbas Zafar.