The 3 Idiots Drunk Scene Wasn't Just For Reel: "Not Often Do You Get To See Madhavan Like That"

"I especially remember the one scene where Aamir, Maddy and I were drunk and cursing Boman Irani's character in the film," Sharman Joshi said in an interview 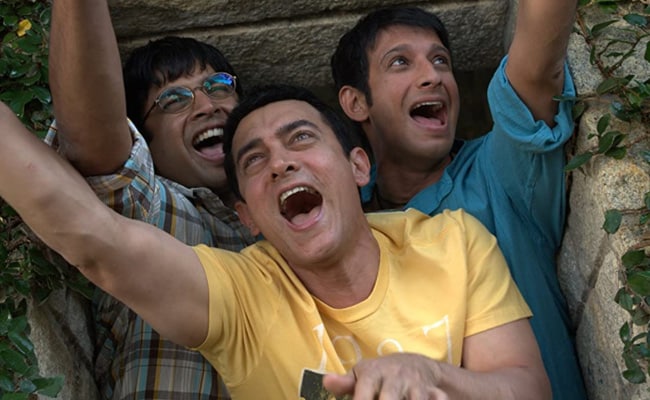 Aamir Khan, Sharman Joshi and R Madhavan in a still from 3 Idiots

12 years after 3 Idiots, actor Sharman Joshi reveals how he and his co-stars Aamir Khan and R Madhavan prepared for a crucial scene in the movie. 3 Idiots cast Aamir, Sharman and Madhavan as college mates while Boman Irani played the role of the college dean, they hated. In an interview with Times Of India, Sharman Jodhi shared an ROFL idea Aamir Khan came up with for one of the scenes: "I especially remember the one scene where Aamir, Maddy and I were drunk and cursing Boman Irani's character in the film. Aamir suggested that we drink and perform." PS - we all know Aamir Khan's reputation as a perfectionist.

Back to the story - Sharman said what followed was a hilarious chain of events, leading to brilliant performances by all three actors, especially Madhavan: "Aamir and I were on time to start drinking but Maddy had some work and reached a little late. Aamir told him to catch up with us. Madhavan is not much of a drinker but in order to catch up with us, he had a few drinks too fast. By the time we were ready for the scene, we were a little too high, but Maddy was even more so. He performed the scene brilliantly! Not often do you get to see Madhavan like that because he rarely gets drunk."

"That scene is a really memorable one for us," added Sharman Joshi.

In the 3 Idiots scene, Aamir, Sharman and Madhavan, who played characters named Rancho, Raju and Farhan, respectively, can be seen daring each other to do what their hearts desire in an inebriated state. Rancho aka Aamir was challenged by his friends to confess his love for the college dean's daughter Priya, played by Kareena Kapoor.