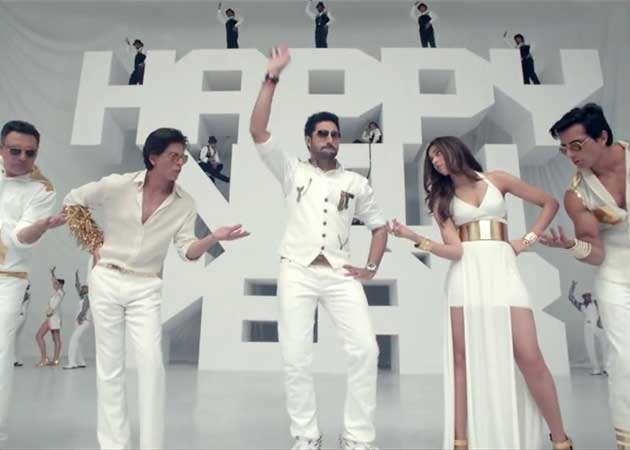 A still from Happy New Year

They claim they don't know the ABCD of dance, yet when the tipsy Indiawaale rock to bhangra beats on the dance floor, the result is mindblowing. Indeed, Sharabi, the latest peppy number from Hapy New Year, starring Shah Rukh Khan, Deepika Padukone, Abhishek Bachchan, Sonu Sood and Vivaan Shah - launched after the film's release - is likely to be one of this year's top chartbusting songs.

Another highlight of the videos is the actors' tribute to actors Govinda, Jitendra, Amitabh Bachchan and Dharmendra.

The song has been composed by Vishal-Shekhar and crooned by Manj Musik, Nindy Kaur, Vishal Dadlani and Shekhar Ravjiani.

Promoted
Listen to the latest songs, only on JioSaavn.com
Directed by Farah Khan, the Diwali blockbuster, which hit theatres on October 24, has minted Rs 175 crore worldwide in its first weekend.