Tanushree Dutta, Who Triggered India's #MeToo, Says 'God Used Me To Start Something'

"I feel God used me to start something which had to happen," said Tanushree Dutta 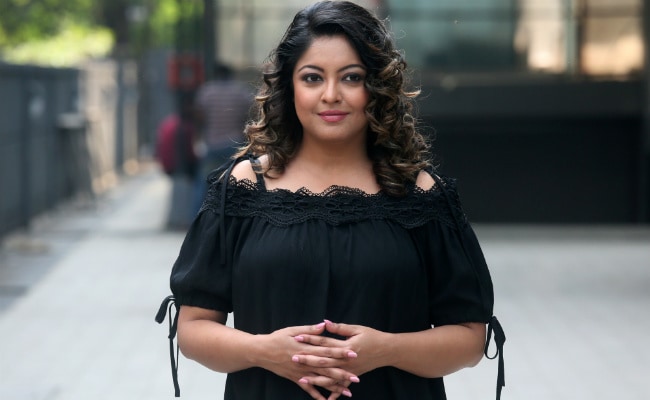 Actress Tanushree Dutta, who helped trigger the #MeToo movement in India challenging sexual harassment and abuse sees it as part of her religious education after an experience 10 years ago she said effectively ended her career.

"I feel God used me to start something which had to happen," Tanushree Dutta told Reuters. "All these women had this buried deep in their hearts out of shame."

Ms Dutta, who said she was inspired by Christianity, Buddhism, yoga and the #MeToo movement in the United States, alleged last month that prominent actor Nana Patekar had sexually harassed her on the set of a movie in 2008.

Mr Patekar has denied the allegations.

Ms Dutta said Mr Patekar, 67, had demanded she feature in intimate dance steps with him for a song in Horn 'OK' Pleassss. When she refused, she alleged, members of political group Maharashtra Navnirman Sena (MNS) attacked her car while she was in it, including jumping on the roof and trying to smash the windscreen.

Ms Dutta, who walked out of the movie, went public with the allegations the same day, but was allegedly threatened with legal action by MNS. After being questioned about her intentions and allegations, Ms Dutta moved to the US.

Other than a few bit parts, she hasn't worked in a movie since.

"All of that disgusted me - it took my faith and confidence from the industry," she said in an interview. "I didn't want to work here. I still kept in touch and did some work which needed short-term commitments."

Rajendra Shirodkar, Mr Patekar's lawyer, has sent Ms Dutta a legal notice asking her to apologise to Mr Patekar or face further legal action. He hasn't specified what that action would be.

The political group, Maharashtra Navnirman Sena (MNS), this month filed a complaint with the police against Ms Dutta for comments she made about their chief. The police in turn filed a defamation case against Ms Dutta, currently under investigation, based on the MNS complaint.

Tanushree Dutta, on holiday in Mumbai, said she hadn't intended to bring up the issue in public again until she was asked by a reporter whether the #MeToo movement would ever come to India.

"My answer was that if what happened to me 10 years ago hasn't been addressed and hasn't been brought to justice, then how can any movement happen here?" Dutta said. She then repeated her allegations from 2008.

The subsequent story on Zoom TV set off a barrage of other stories in the media about her allegations.

This time, though, she didn't back off.

"I knew I had to keep the dialogue going ... and other women would speak out. I was in it deep - there was no way out. I was not going to cow down - not the second time for sure," she said.

Within days of her story featuring in headlines, a wave of allegations - largely against figures in the media and entertainment industries - has swept across social media in the country.